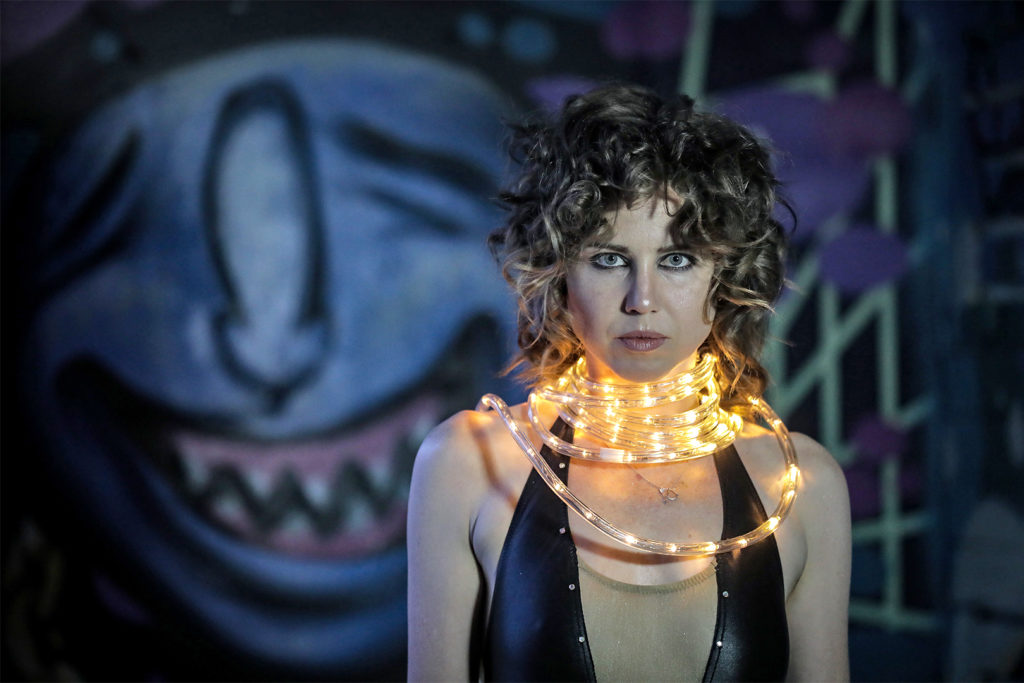 I’ve been on the live music scene in Sydney for close to a decade, first as drummer/front woman in Bec and Ben and now as guitarist/front woman of RACKETT. I’ve played over 500 live shows throughout Australia since first stepping onto the (sticky) carpet at Taren Point RSL to perform to a group of tradies on a tuesday (schnitzel) night. Since then, I have toured Australia with The Darkness (U.K), Killing Heidi and many other extremely talented bands. Safe to say, I’ve seen a lot of live music and here are some local Sydney bands/artists I think you should be watching.

My Top 5 Bands from Sydney by Rackett

Battlesnake – doom-pop-thrasher-metal-psych-cabaret, basically they are insane! Insane song writers, musicians and performers with incredible technical proficiency and a wow factor that will bring you to tears, (literally, Ally and I were crying during a guitar solo during their set at Waywards a few months back). They dress like Borat and sound like Black Sabbath, but way better, like Sabbath on that drug Bradley Cooper was on in that film Limitless. Luckily, they are also close friends of ours from The Northern Beaches, Sydney. They are playing our single launch on the 18th December at Waywards – https://www.facebook.com/events/255945048417013/

Charlie Gradon – indie-swagger-pop songwriter, Charlie Gradon (ex-RACKETT drummer) is a dream. A dream you only realise is a dream when you wake up and he’s not there and you’re sad. The master of ballads, he has recently released his debut album and emerged onto the live scene with his full band (including Ally on keys and featuring members of NARLA (another great Sydney band)). What I love about Charlie, aside from his perfectly sculpted musical arrangements, is his bravery; he bares his soul, there is no pretension, just honesty, it’s very endearing. Charlie and I used to live together when he was fronting Smaal Cats (another great Sydney Band) in a decrepit mansion in Castle Cove, Sydney and now on top of his own solo project he is also the drummer/singer for Turtle Skull (another, good Sydney band) it’s very exciting to see him step into the spotlight where he belongs. Check him out.

Spike Vincent – garage-pop-indie cult boy, Spike Vincent is not only a talented musician and songwriter but he’s one of those people you think of as a ‘muse’ or ‘icon’. He oozes culture, like he could just have his own post code and people would wanna live there. Spike played bass with me in my old band, Bec and Ben and over the years has become my home away from home, now I see him attracting all kinds of adoring artists like Izzi from The Preatures and I’m so proud of him (but seriously, I knew him first). His indie-pop music (if you could call it indie, don’t think you can cause he’s with Burger Records now so technically is ‘die’ short for dependent?) sounds so familiar, like it’s been there all along, in your head tormenting you because you couldn’t remember what the name of that song was or who it was by, that’s Spike Vincent. He’s also playing at our single launch on the 18th December at Waywards.

Georgia June – bipolar-sweetheart-badass-garage-pop queen, Georgia June gets a mention. With the voice of an angel and the temper of the devil, she’ll have you wondering whether you should be running or jumping at her show; jumping! Don’t be scared, she’s actually a darling without the mic in her hand. Progress, this is why I love this band. I’ve seen Georga play and PROGRESS over the years. As a songwriter and performer things just keep getting better and that’s what you want to see in a band if you want to keep seeing them, and I do. She’s got this song ‘your jumper looks better on me’ and tbh, I’ve been trying to rip it off for months.

Joseph Liddy and the Skeleton Horse – funky af music! Joseph Liddy and his cool entourage of probably-schooled-of-excellence-somewhere, make you wanna body roll hard. I saw them at Waywards last month, never saw them before and tbh I was in one of those ‘I’ll leave after one song’ moods, next minute I’m calling for an encore. So fun!

RACKETT will be hosting an EP launch party in Sydney on the 18th December at Waywards,
Newtown ahead of their appearance at Jungle Love Festival alongside Pond, Lost
Paradise & heaps more!