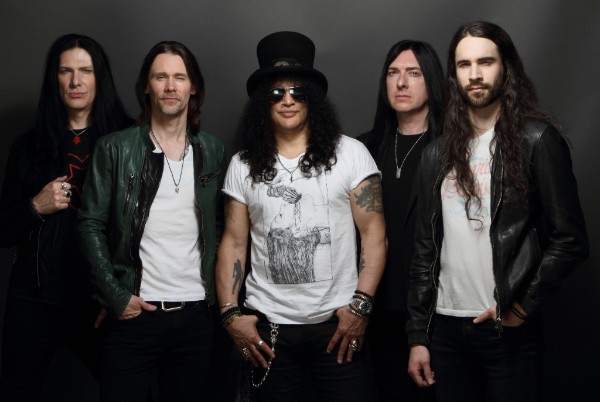 Its been a busy year for Myles Kennedy having recently released a solo album, but the busiest man in rock shows no signs of slowing down with his latest collaboration with the legendary Slash.

Opening with ‘ Call of the Wild’  the album gets going right away with some heavy riffs from the man himself which continue solidly though out the song.  Its a smashing way to open the album and highlights the intentions of exactly how the rest of the album is going to play out.

The more subdued ‘ Lost Inside the Girl’ takes things down a notch, but only until the guitar solo kicks in to remind listeners this is Slash after all and powerful solos are his signature sound. ‘

‘ The one you loved’ changes things up a little with more of an acoustic feel and Myles harmonizes his vocals perfectly, as he laments on walking away from love and feelings of desperation.  It still has the big guitar solo in there however, adding to the overall feel of a solid love song.

The album is a mix of massive power rock and slightly subdued ballads- well Slash’s style of ballad anyway and is a fantastic album overall for fans of Slash. Myles Kennedy’s vocals again lending a special something that is hard to describe. A vocal chameleon of sorts Kennedy proves that he can switch genres with veritable ease.

The album packs a solid 52 mins of smashing riff-tastic songs into an exceptional experience and proves yet again that Slash is the Godfather of guitar solos.

Slash Ft. Myles Kennedy & The Conspirators just launched their North American headlining tour andwill visit 20 major cities before ending on the 16th October2018 back in Los Angeles at the Hollywood Palladium. The band then tour Europe in February and March 2019.