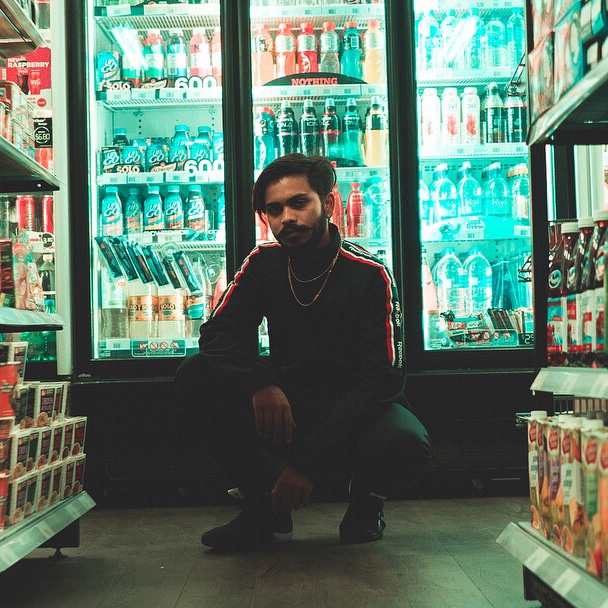 Is your family musical? How have they influenced your music?

FJ: Yeah my dad is worship minister at his church and he’s an audio engineer.  It didnt

technical knowledge is today is from just sitting around and watching him .Icould

never touch anything though.

BN: Yeah the music my parents played around me was different and varied a lot. Like

we had UK stuff, African stuff, a whole bunch of music being played. They were never

really musically talented but they were definitely into their music and loved it.

Which artists inspire you the most?

What are your fondest musical memories?

Just making music together at the house/studio. its always mad vibes and moods

bouncing around in the place. we love it too much but also, we love stepping out the

addicted to, its scary

What are some of your favorite records of all time?

reading this it’s too late, made in the manor, funkin for jamaica

BN: carter 3&4, illmatic, league of my own, my beautiful dark twisted fantasy, nothing

was the same, take care, made in the manor.

Tell us about your song writing process – what inspires you?  Do you feel like songwriting is a form of therapy?

FJ: Tbh, I  write whenever, its the special emotions and moods that craft my

writing and composing. in saying that tho, motivational stuff is my favorite to write,

definitely feel like the world needs more of it.

BN: I  write whatever im feeling and whatever mood that’s present at the time.

whether it’s good or bad. just a way to express myself really. so yeah in a way it is

How often are you in the studio? What makes a good session?

Never leave. a good session to me is when i’m with my bros but also when the people

in the studio are mad creatives too. moods, vibes and good chemistry.

How do you balance your music with other obligations – friends, children, job?

It’s all a part of what we do, it comes together as one at the end of the day for us. it’s

just life and what you gotta do to get to your destination. Plus, everything in

moderation so you don’t get lost in the sauce.

What does the rest of the year have in store for you?

FJ: Hopefully, progression with my music. I got this collab tape dropping with Black

Napoleon and some more shows.

BN: Building what we got right now, and continuing with the movement. make more