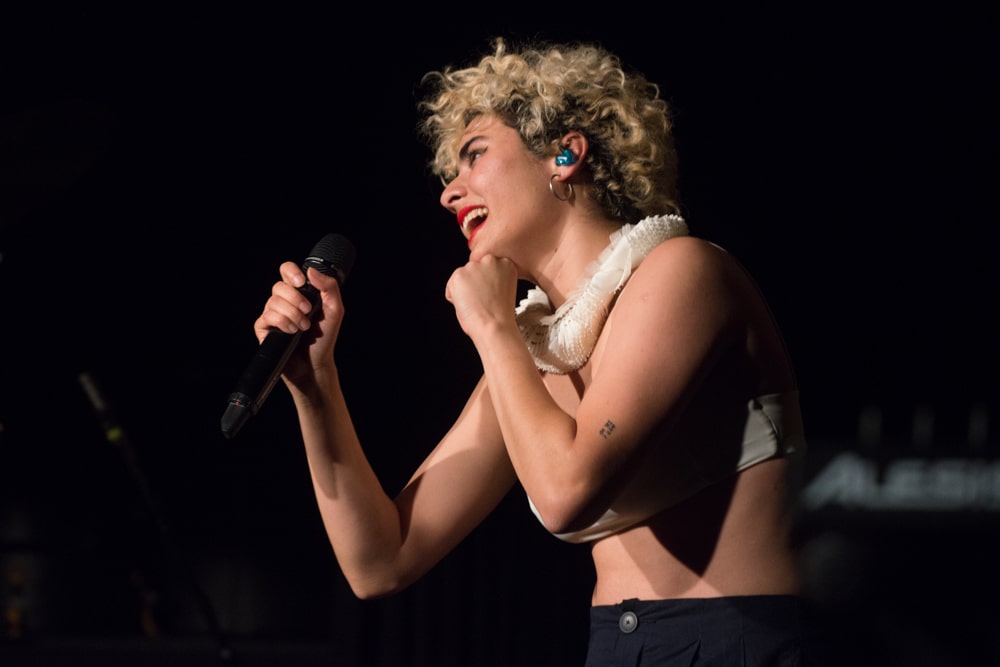 Michel Eyquem de Montaigne, Lord of Montaigne was one of the most significant philosophers of the French Renaissance. Centuries on, Jessica Alyssa Cerro has taken the name as her stage name, and as she glides onto the stage wearing a 17th Century style collar and white shirt in homage to the philosopher, its clear she is some what of a philosopher herself.

Having released new music this year. Montaigne is here to share her heart, her feelings and her stories of failed love. As she does so with songs ‘ Change’ ‘ Volcano’ and ‘ Dying Song’ she gyrates over the stage in an hypnotic rhythmic dance.

Jettisoning her shirt as the evening wears on, she speaks about lovers and regret, one gets the feeling that her music is both cathartic for her and her audience. She is a woman with a lot to express and in her soulful music allows her to do so.

Her powerful voice fills the room with ‘ Stockholm syndrome’ and ‘Pleasure’, she gives the performance every ounce of her being, a smile lighting up her face as she revels in the moment. Very few mobile phones are present as people seem to want to be right here in the moment.

The evening draws to a close all too quickly and as her legion of dedicated fans disperse into the night Montaigne has delighted and touched us all.