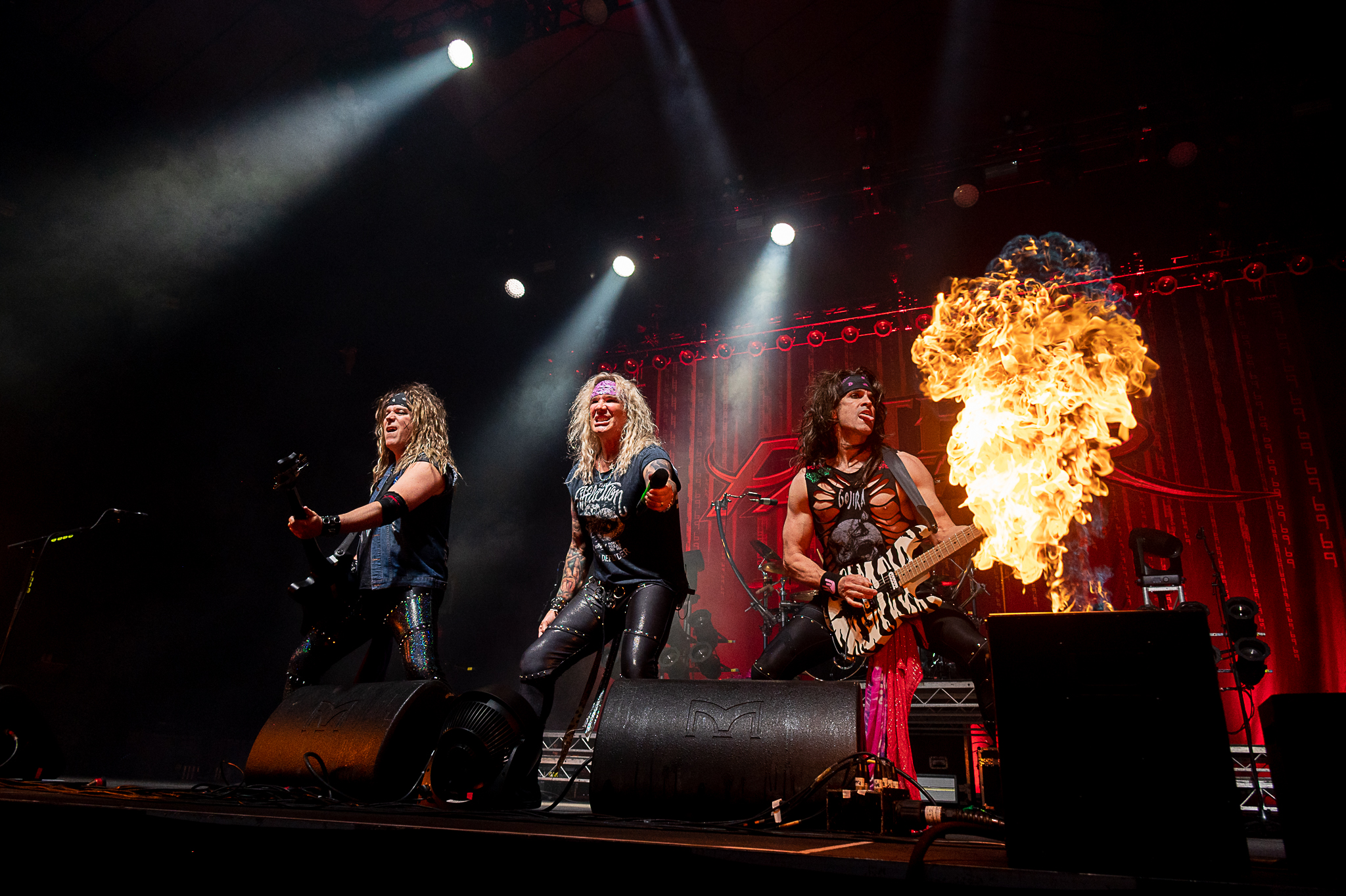 The Self- Proclaimed 75th best heavy metal band in the world are back in Australia to rock, and this time they mean business.

Opening to a screaming sold out crowd of eager fans, the glam rockers are geared up to entertain the thirsty Melbourne crowd. Having not been in Australia for FOUR agonizing years, fans are ready to be delighted, shocked and entertained by the foursome.

Fronted by the charismatic Michael Starr, the band have taken the show to the next level with fireworks and pyrotechnics alighting the stage and giving off as much heat as the rockers themselves manage to emit.  Joining Starr on stage are guitarist Russ Parish, drummer Stix Zadina and having left the band Lexxi Foxx has been replaced by bassist Spyder.

The night is filled with fun and debauchery, and the fans eat up ever single moment of it, reveling in the absolute ridiculousness of it all. Its silly, it’s provocative and with songs generally themed around sex, its wildly inappropriate at times. But if you’re easily offended then a Steel Panther concert is not the place for you. These guys are unapologetic and it makes for a sometimes hectic, but mostly fun show.

If leaving your worries behind, dancing all night and letting loose to some serious fun then Steel Panther are just the remedy you need.