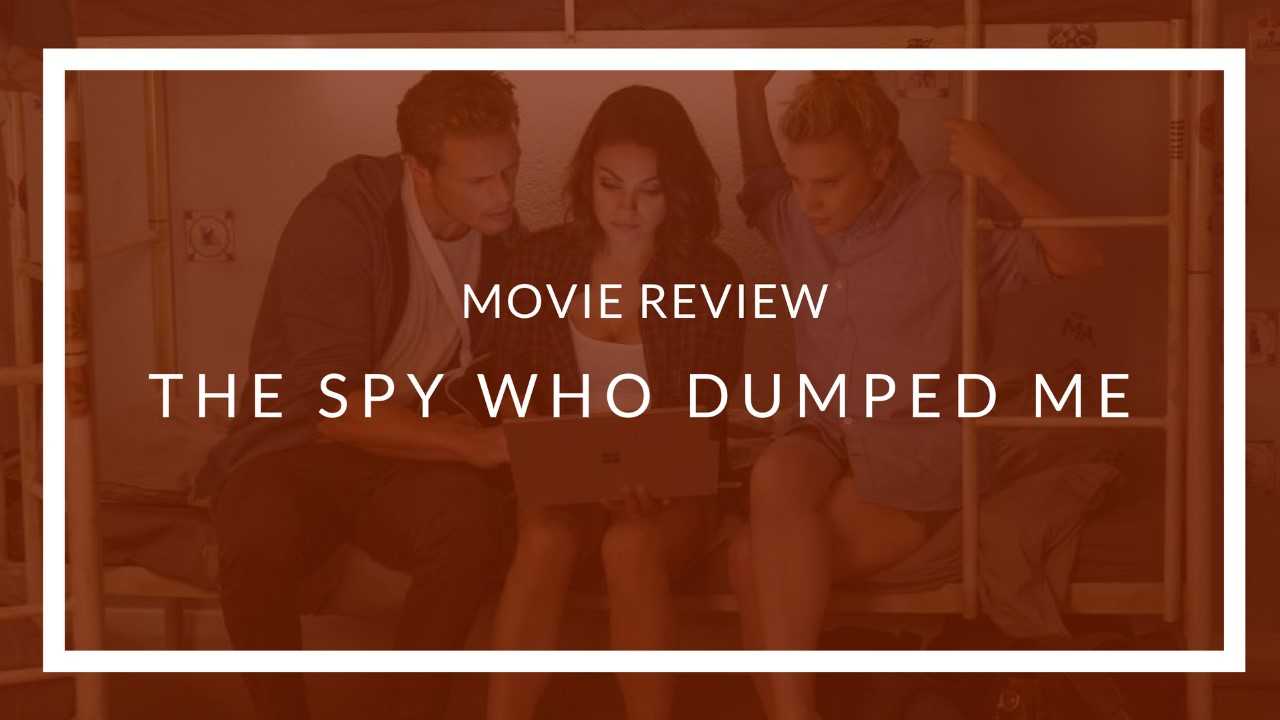 Ignore the haters, the Spy Who Dumped Me is a wipe-away-tears hilarious slapstick-spy-thriller-meets-romcom that you have to see with all of your best girlfriends and your mum… and not just because Sam Heughan (the Jamie from Outlander) is in it.

Following hot on the heels of the successful Bad Moms franchise, Mila Kunis returns with her doe eyes to the big screen in another goofy woman-out-of-her-depth comedy. She plays healthfood checkout chick, Audrey, and together with her best friend and aspiring actress Morgan, Kate McKinnon, are catapulted into the world of Russian gymnast killers, MI6, CIA, dirty backpackers and motorbike assassins, after deciding to set fire to Audrey’s ex-boyfriend’s box of junk.

Turns out Audrey’s ex, Drew, Justin Theroux, was not an NPR podcaster but a spy; who dumped her to protect her and his junk included a very important ‘package’ that would destroy the world if it got into the wrong hands.

In the middle of their first shoot-out, the bleeding Drew begs Audrey to travel from LA to Vienna, deliver ‘the package’ and save the world. He also warns her to ‘trust no one!’

There’s an early scene in the film where Morgan is hit on by a Ukranian with ridiculous pick-up lines and surprisingly droopy testicles. Instead of giving him the feminist heave-ho Morgan brings him over to cheer up birthday-girl Audrey with his mangled macho compliments. He expectantly tells Audrey that she has ‘baby eyes’ and ‘smooth mamories’ before being sent away without a second thought.

It’s the Bedchel test flipped on its head. The guy exists to drive the girls’ plot forward not to be the plot!

That’s the true beauty of this very funny but pleasantly predictable comedy spy thriller buddy-movie. Its core is the strength of an enduring female friendship and the resourcefulness of two women who together turn each crisis (caper) into an opportunity.

Kate McKinnon steals every scene and makes her over-the-top dialogue hilarious and honest. She’s the real hero of this movie and is a full partner to Audrey, not a funny side-kick or plot device. Her scenes with the legendary Gillian Anderson are a pure delight. As Wendy, the MI6 boss, Gillian somehow channels both Helen Mirren and Hannibal Lecter while giving a fine-tuned, deadpan comic performance.

Sam Heughan’s Sebastian, the Scottie hottie, is very much a plot-device… but who cares he is there clearly for objectification. Sebastian is masculine in that old-fashioned British spy way. He elegantly mangles a dozen assassins without rumpling his shirt and blushes when discussing a woman’s ‘down there’.

Being a modern woman-driven comedy there is a lot of talk of ‘down there’ – both his and hers – as first our duo and then our trio try to outrun the evil organisation and deliver the package.

There’s an unexpected twist revealed in the ‘meet cute’ between Audrey and Drew that anchors the last act of the film and the post-credits scene is the perfect frothy showcase ending for our badass heroines.