My Dream Rider: dave the band 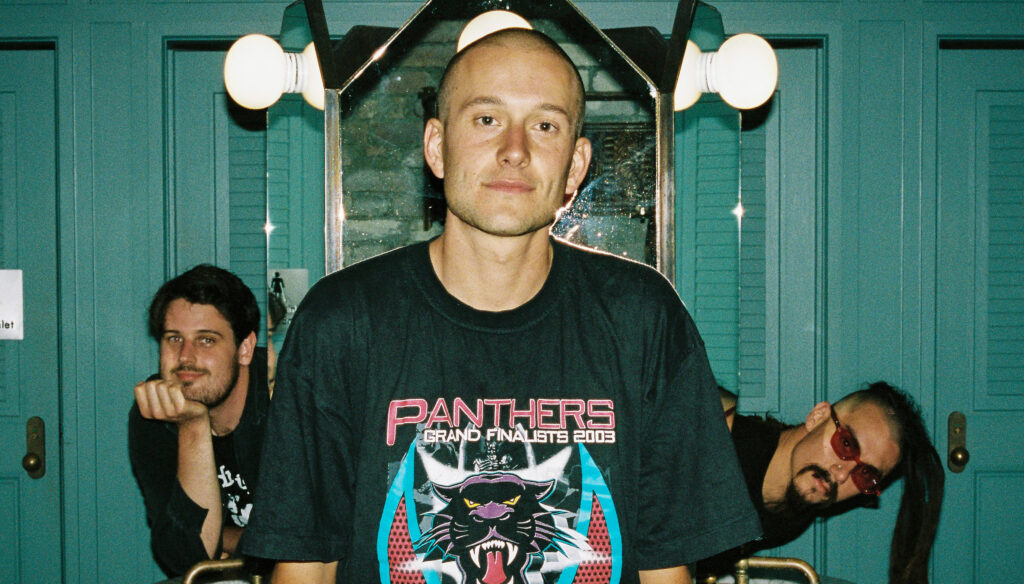 Noah is the singer and guitarist in Newcastle’s dave the band. They are from Newcastle, Australia and play high voltage yoch n roll.
Their debut album ‘Slob Stories’ was recorded in Chicago with Steve Albini and is out 28 August!

1. Berocca – I really wish I could afford to have one every day.
2. Gooey caramel chunky kit-kat – don’t even try to give me a regular kit-kat.
3. Balter XPA – we’ve been known to be partial to this beer, sometimes it goes down a little too easy (sorry to The Espy in St Kilda).
4. Chicken crimpy shapes – it’s the ultimate shape variety because it’s the only one that you call by its flavour and you don’t have to say “shapes” for people to know what you mean.
5. Gin – for Gabe, our drummer.
6. Saladas, peanut butter, foil and an oven – also for Gabe, though I don’t know what he does with them.
7. Tooheys Old – for Max, our bass player. Personally, I find dark beer gross but Max is really into it ATM.
8. A soundguy who puts enough vocals in my foldback.
9. A soundguy who doesn’t yell at me for bringing my own mic.
10. A soundguy who isn’t a cranky old bastard.

dave the band have launched a ‘Which Dave Are You?’ Instagram filter which you can find here:

The list of famous daves in the filter are:
Dave Grohl from Foo Fighters
Dave Le’aupeppe from Gang of Youths
Dave McCormack from Custard
Dave Brubeck
Dave.

View all posts by 27 Magazine
Older News: I Prevail share official video for “Every Time You Leave” Newer News: The Smashing Pumpkins – Return With Two New Tracks + Confirm New Album Is On The Way via Sumerian Records
Latest posts in the same category
News