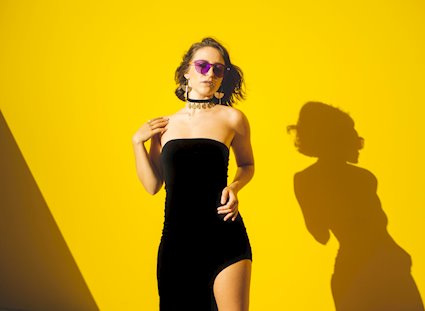 Klara Zubonja, an alt-pop singer-songwriter who forms a distinct sound of her own, prepares to ascend with her latest single The Winds Of Life. Since the release of Klara’s debut album Stuck Between in late 2016, her sound has continued to grow and evolve, leading to Zubonja’s upcoming EP Eye To Eye, which is set to be released December 14th.

Like the entirety of the EP, The Winds Of Life is also about meeting oneself eye to eye, facing all facets that lie within, and learning how to go with the flow of it all. The track ventures into the contrasting aspects of oneself; the light, the dark. The song expresses various tempo and time signature changes, as Klara explores and reminds you of those ups and downs in life, but also nudges you to ride the wave, and let those winds of life carry you far.

“It’s about having the courage to face yourself, gently, and learn to flow, despite it all. Remembering that it’s okay to have darker days and darker aspects of yourself, and accepting that in yourself. It’s all part of the bigger plan, if only you trust within it.” – Klara Zubonja

The Melbourne artist approaches pop’s light-footed bop with underlying hints of experimental soul, jazz and psych. Immersed in traditional Croatian singing and dancing culture from a young age, she moved to Melbourne to study a Bachelor of Music degree and found success amongst National and community radio with her debut album Stuck Between in 2016.

Klara Zubonja draws inspiration from her eclectic background in European folk music and combines this with her broad knowledge of various contemporary and independent musical traditions. A world exploding with colour, conceptually theatrical and thematically provocative, The Winds Of Life rises amongst the heady realms of emphatic and intelligent alt-pop and secures her as a contemporary of Montaigne and Jaala.

The Winds Of Life was recorded, mixed and mastered at Judd St M&M studio, a home studio operated by producer and guitarist for Klara’s band Henry Barratt. On stage, Klara’s ensemble comprises of a lively 4-piece band. Bringing Klara’s visions to life you can listen to the band play at their EP launch December 2nd at The Evelyn Hotel, Melbourne.

‘The Winds Of Life’ by Klara Zubonja is out now.