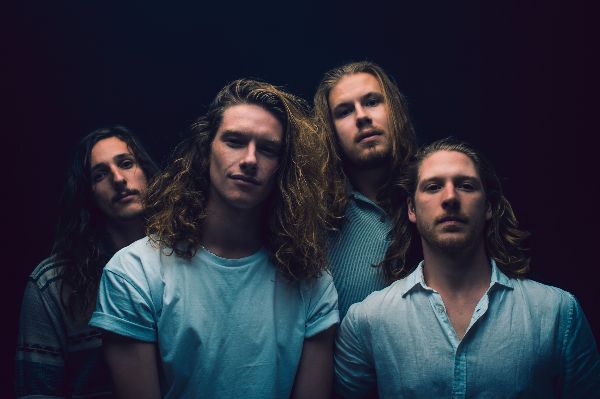 The VANNS are gearing up for a massive second half of 2019 with the release of their striking new single, ‘Mother’. Taken from their long-awaited debut album, The VANNS have served up another slice of commanding indie rock and roll, further solidifying their status as one of the east coast’s most exciting bands.

Signing with Melbourne-based label 123 Music heralds a new chapter for The VANNS as the group stride forward into this exciting album cycle. “Very excited about The VANNS officially signing with 123 Music! These guys have some incredible international potential and we have been working really hard on the new album I think people are going to be really excited to hear their new music” Damo Costin, 123 Music

Developing a strong live show and presence off the back of high profile support slots with artists including Catfish and The Bottlemen, Hippo Campus and Ocean Alley, as well as selling out their recent run of shows of their own on the east coast, The VANNS have been at work on their craft since their inception in 2013. Their new music is a strong snapshot of a band completely owning their creative vision and handling the execution of it with flair and serves as a perfect introduction to new drummer, Andrew Banovich.

The Wollongong four piece shine on ‘Mother’, a fitting follow on from their raucous 2018 single, ‘How Was I Supposed To Know’. Recorded at Melbourne’s Head Gap Studio with Oscar Dawson (Holy Holy, Ali Barter) and mixed by Chris Collins (Gang Of Youths), ‘Mother’ is evocative, charged with great melody and a tinge of nostalgia within the lyricism. Working with Dawson on their new music saw The VANNS push themselves and flourish in a creative environment that produced strong results. “Working with Oscar was like having an older brother in the band, a fifth member who related so well with us lads, the songs and how we wanted to record them.” Jimmy Vann

Though a strong standalone single, ‘Mother’ fits perfectly into the narrative of The VANNS’ next collection of music; a record that has seen writers Jimmy Vann and Cameron Little broker a new dynamic within their shared musicianship, songwriting that has been born out of similar experiences and emotional journeys. “If the album has any kind of overarching, spinal theme running through it, it’s Jim and I coming together and writing about similar experiences we’ve gone through. It’s a relationship record and it’s a break-up record; and it’s about being in your early-mid twenties and trying to understand and navigate through both those things.” Cameron Little

The VANNS will be on tour with a new live show, kicking the launch of ‘Mother’ into high gear.