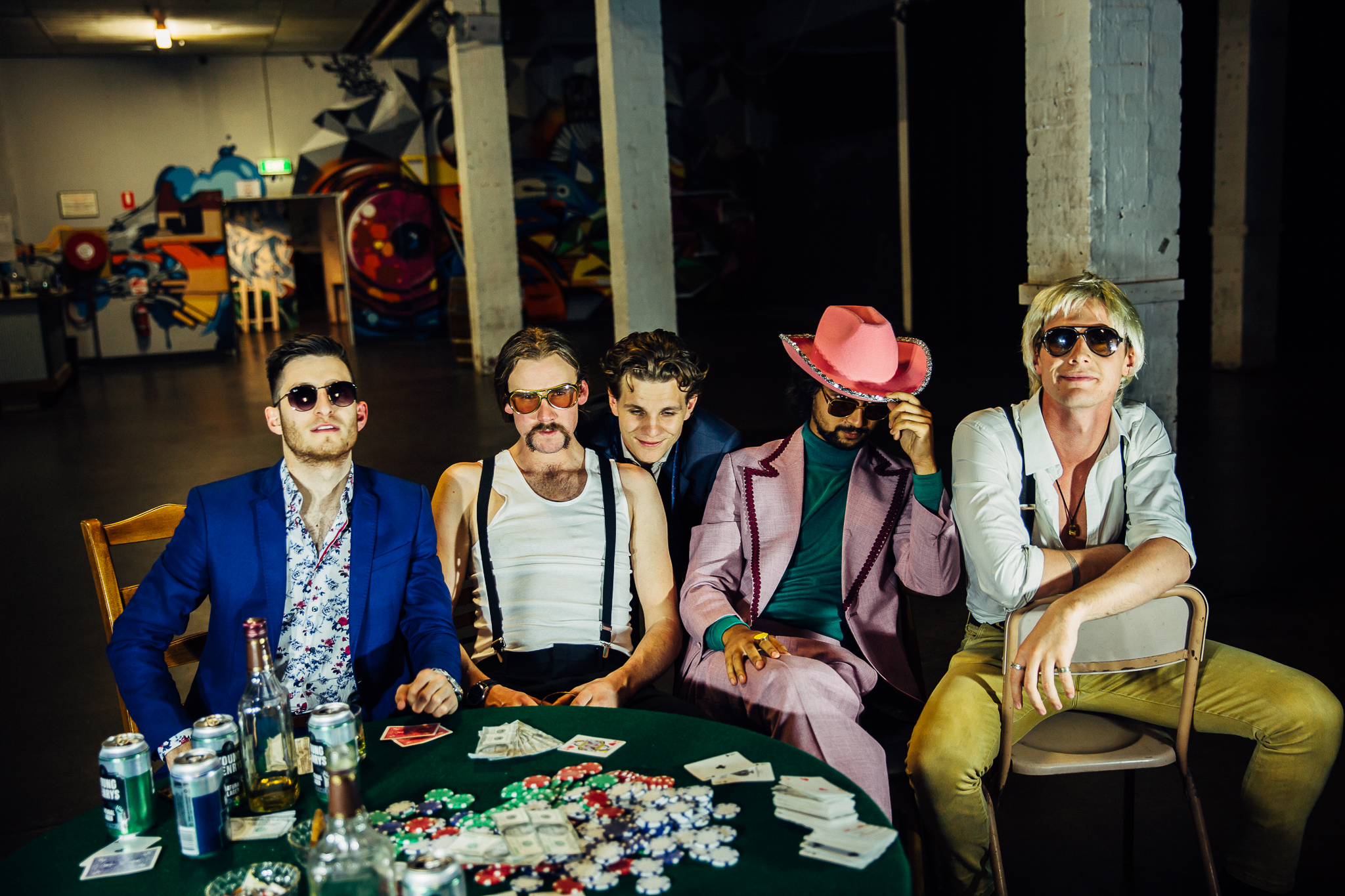 Only forming in 2017 but already packing out venues across their hometown, Adelaidian larrikins (and five absolute best mates) Venice Queens have unleashed their laid back-yet-punchy debut self-titled EP, lead by new single “Bad Heart”, and will soon embark on their first headline shows outside of their beloved city of churches in August.

Slogging away for year in other projects before forming in September 2017, the Adelaide quintet has already supported the likes of Lime Cordiale, The Creases, and sold-out their own headlined shows

Their prolific work ethic has seen them release four singles, which make up the tracklist of their self-titled debut EP

Venice Queens was conceived while two members were backpacking in India and formed in the ‘burbs of Adelaide by five best mates in September 2017, with the aim to create and perform music they love and further put their beloved hometown on the map for great homegrown music.

Recorded and mixed at Deep Blue Studios by Reid Jones in Adelaide and mastered by legendary engineer Steve Smart at Studio 301, Venice Queens’ latest single “Bad Heart” sees the group once again pivot their sound across the rock genre with snippets of surf and alt-rock with plenty of groove sandwiched between.

“The new track came out of a jam on one of those days where, ironically, nothing creatively seems to be gelling. We stripped the drum pattern back to basics and built the track up from a simple chord progression, and with the lyrics exploring the ups and downs of a toxic-yet-addictive relationship we think we’ve concocted an evil, but pretty cool track,” says the band.

The group say their debut EP is a package of songs that showcases the diversity of their sound and the individual influences that make Venice Queens’ hard to pigeonhole into one set rock genre.

“The EP came about pretty gradually – each song is a single in itself, so the actual process has taken us the best part of a year. The Strut is a gritty, grimy perspective on the Adelaide nightlife inspired by our old favourite haunt Supermild (may it RIP) and driven by Jay’s killer bass line.

“Tijuana is a summer anthem that came out of a single jam in our warehouse, with Sam’s lyrics referencing a busker he met in London, and Forget Your Mind is an upbeat track thematically about the serious issues of depression and anxiety – stemming from Anthony’s personal experiences.”

Over the next few months Venice Queens will hit the road for their first interstate shows for the ‘Bad Heart Tour’ before jumping back in the studio to work on their next singles and debut album.