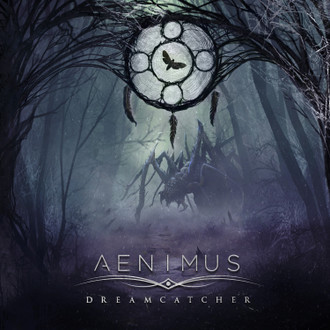 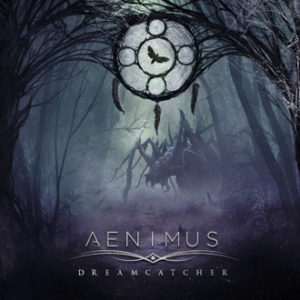 With an arsenal of technical skills ready to unleash upon the world, Bay Area natives AENIMUS have brought forth a unique and progressive style of music that is beginning to establish a serious sense of vibration throughout the heavy metal community. Longtime fans of bands such as DREAM THEATER, FALLUJAH, SUICIDE SILENCE, and DESPISED ICON, AENIMUS is a collection of modern, unique, and transcendent sound that is not only capable of progression and change, but of a tenacity that is much required in this light speed generation.

Originally formed in 2011, the band spent their due time creating, writing, and recording their first batch of music; independently releasing their debut album: »Transcend Reality« on August 6th, 2013. The album was recorded, mixed, and mastered by producer/engineer Nick Botelho (Deadly Remains, Hatchet, The Kennedy Veil) at NB Recording in Santa Rosa, CA. Containing 13 tracks and featuring a guest vocal performance from Eddie Hermida (ALL SHALL PERISH, SUICIDE SILENCE) on the track ‘Heavy Lies the Crown,’ »Transcend Reality« caught the immediate attention of metalheads everywhere, craning their necks looking for something new and interesting to slam their heads to.

AENIMUS toured relentlessly for the next two years alongside bands that included RINGS OF SATURN, I DECLARE WAR, and ARSONISTS GET ALL THE GIRLS. While continuing to develop their sound, the band made some changes in their lineup and began to develop a truly solid fan base after a successful run on the US touring circuit. The time had come, and AENIMUS was anxious to begin the process of their sophomore album.

Prepped and ready to be revealed to the world on February 22nd of 2019, AENIMUS present their second, full-length offering: »Dreamcatcher«. »Dreamcatcher« is an earth shattering, 11 song concept album revolving around some of the most intriguing and relatable subject matter of today’s modern society: Horror stories. Taking influence from the novels and films THE SHINING, THE DEAD ZONE, IT, and the tales of HANNIBAL, the album is written in such a way where not only do the lyrics reflect these stories, but the music itself represents moments, emotions, and realizations from the characters of these classic tales; something to look forward to for any true metal-head, horror-loving fiend. The album also features guest appearances from Mike Semesky (INTERVALS, THE HAARP MACHINE), Jamie Hanks (I DECLARE WAR), Brian James (FALLUJAH), Sims Cashion, Leonardo Guzman, and was mixed & mastered by Jamie King (BETWEEN THE BURIED AND ME, THE CONTORTIONIST).

Spring 2019 also carries with it an exciting touring cycle for AENIMUS as they embark upon the ‘DEATH… Is Just The Beginning 2019 USA’ tour as direct support for co-headliners HYPOCRISY and FLESHGOD APOCALYPSE!

“I’m personally super excited about it. It’ll be nice to be back out on the road and to see [HYPOCRISY & FLESHGOD APOCALYPSE] perform live every night. We look forward to going out for a nice long one and to see more of Canada!” says band founder Seth Stone.

If you haven’t had a taste of AENIMUS already, be sure to check them out and get ready for February. With the new release and an exciting tour just on the horizon, Nuclear Blast Records newcomers AENIMUS are set to take on more than most.