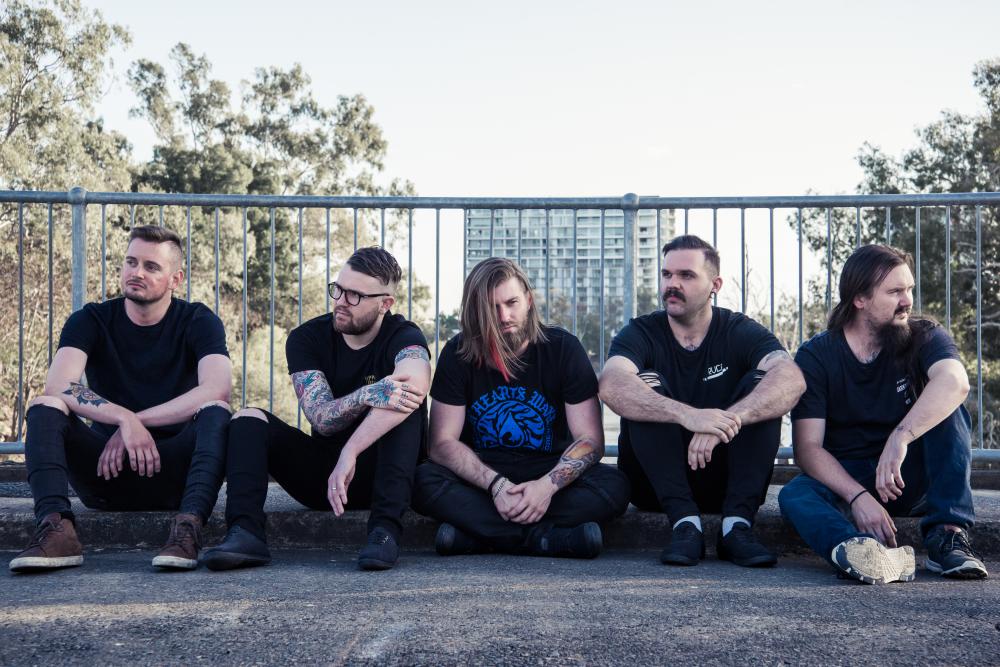 Rockhampton. Known for being the Beef Capital of Australia (Up Yours, Casino! You know it’s not you), the quiet Central Queensland town is unfortunately not known for metal. Really, though, it should be. There has been a great history of great heavy shows and tours having taken place in Rocky, there’s been great venues who have supported shows in the past and now, Affinity Minus Perfection is drawing a line in the (admittedly, really dry) dirt.

Today, they are releasing their filmclip for single Intention Subversion – the first cut from their brand new EP “Passion through Unity”. The single will be out in all good digital stores and streaming outlets this Friday October 5, along with the pre-orders opening for the record. The EP will see its release on Friday November 30. The clip is filmed and edited by Colin Jeffs – who has also made videoclips for Hammers and Boris The Blade!

Affinity Minus Perfection (A.M.P.) wanted to take this new release to a whole new level. Having spent the majority of 2017 in writing mode, A.M.P. refined their sound before hitting the studio in December last year with producer Troy Brady, previously a member of The Amity Affliction and who has produced records for In Hearts Wake and Antagonist A.D. The product of this long gestation and pre-production period and time spent with Troy – is the bands new offering ‘Passion through Unity’. The record is an evolution of the band’s sound with much larger, slicker production.

The new single “Intention Subversion” is about “Hel”, a being from Norse mythology. The lore changes slightly from source to source, but essentially the story goes that the gods deemed not brave enough upon death were sent to her realm and suffered for eternity. The song slowly took shape by explaining how those who reach for their desires but give up and no longer fight are punished for not giving their all. Lyrically and musically the song was a very different approach to what the band would usually lean towards, but it has become a favourite.

Having released their self produced debut EP “Interpret As You Will” during July of 2016, the band toured extensively playing shows and festivals, covering all corners of Queensland and made it as far south as Coffs Harbour in NSW. Including sharing the stage with bands such as The Amity Affliction, Ocean Grove, Hellions, Chronolyth, A Breach of Silence, She Cries Wolf and Darkcell.

Affinity Minus Perfection’s new EP ‘Passion through Unity’ will be released on Friday November 30, with pre-orders on all good digital stores opening this Friday October 5.