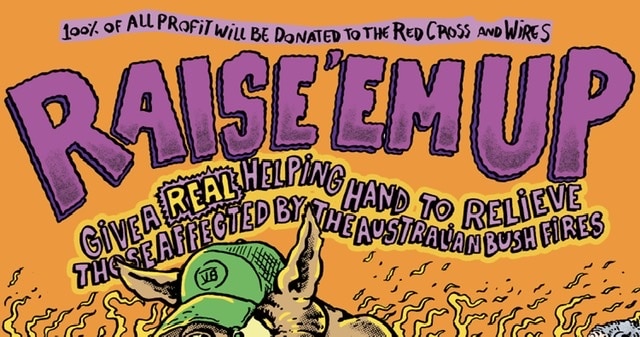 Brisbane’s The Tivoli will play host to big names including Megan Washington, Matt
Corby and The Kite String Tangle on Saturday 25 January, hosting an all-star Raise ‘Em
Up benefit gig to raise $100,000 for Australian bushfire relief.
Asha Jefferies, Ngaiire and The Riot are just some of the acts that will also donate their
time for the worthy cause, which has destroyed more than 1500 homes and 10 million
hectares of land to date.
The Tivoli’s Co-Owner and Creative Director Dave Sleswick announced all ticket, bar and
merchandise profits from the evening will be shared between the Red Cross Bushfire
Appeal (70%) and WIRES – The NSW Wildlife Information Rescue & Emergency
Services (30%).
“Tickets will be available for purchase at 9am AEST on Thursday 9 January via
Ticketmaster, with a range of ticket prices from $50-$200, allowing people to donate what
they can,” Mr Sleswick said.
“Both WIRES and the Red Cross Bushfire Appeal are hugely worthy causes and we hope
that throwing this Raise ‘Em Up show provides people another way to support their critical
work.
“In return, we promise a jam-packed evening of live music which will kick off from 5pm with
food trucks, a car park party and a great community raffle also taking place.”
Award-winning artist Megan Washington who will perform at the Raise ‘Em Up gig said
she hoped people would dig deep.
“This is a tragic moment in history when all Australians need to come together and try to
help each other wherever we can,” she said.
Tickets are on sale Thursday 9 January at 9am AEST via Ticketmaster.