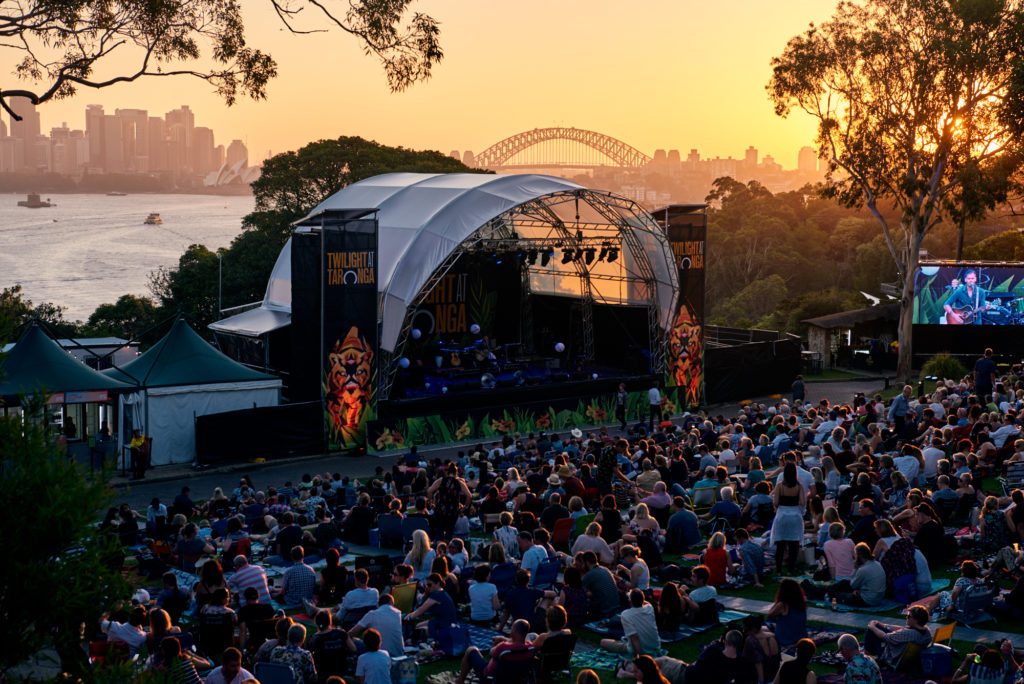 2019 Summer Concert Series starts tonight with a sold out show from You Am I and Magic Dirt!

The 2019 American Express Twilight at Taronga Summer Concert Series begins its 24th year tonight with a sold out show from You Am I and Magic Dirt kicking the series off in front of the picturesque Sydney Harbour skyline at dusk as the first of 29 headline and support artists across 15 dates, including 11 sold out shows.

American Express Twilight at Taronga has an unrivalled location as a live performance venue and offers a diverse line-up of artists at all ages shows.

Guests can enjoy a sunset picnic with a pre-ordered hamper, or food and drink purchased from multiple bars and food trucks positioned on the concert lawns.

All tickets to American Express Twilight at Taronga are not just for a night of great music; they also include discounted same-day Zoo entry.

New to this year’s concert series is the partnership with the American Express Music Backers Grant program, an initiative supporting upcoming Australian artists, businesses and fans. With this support this year’s series will showcase local talent across the Summer Concert Series.

As a not for profit organisation, all proceeds from American Express Twilight at Taronga go back into Taronga’s ongoing conservation and research work, including initiatives such as Litter Free Oceans to help reduce single-use plastic.

Come and join us for a Concert with a Conscience!

You Am I/Magic Dirt | Maddy Jane | Friday 1 February SOLD OUT!