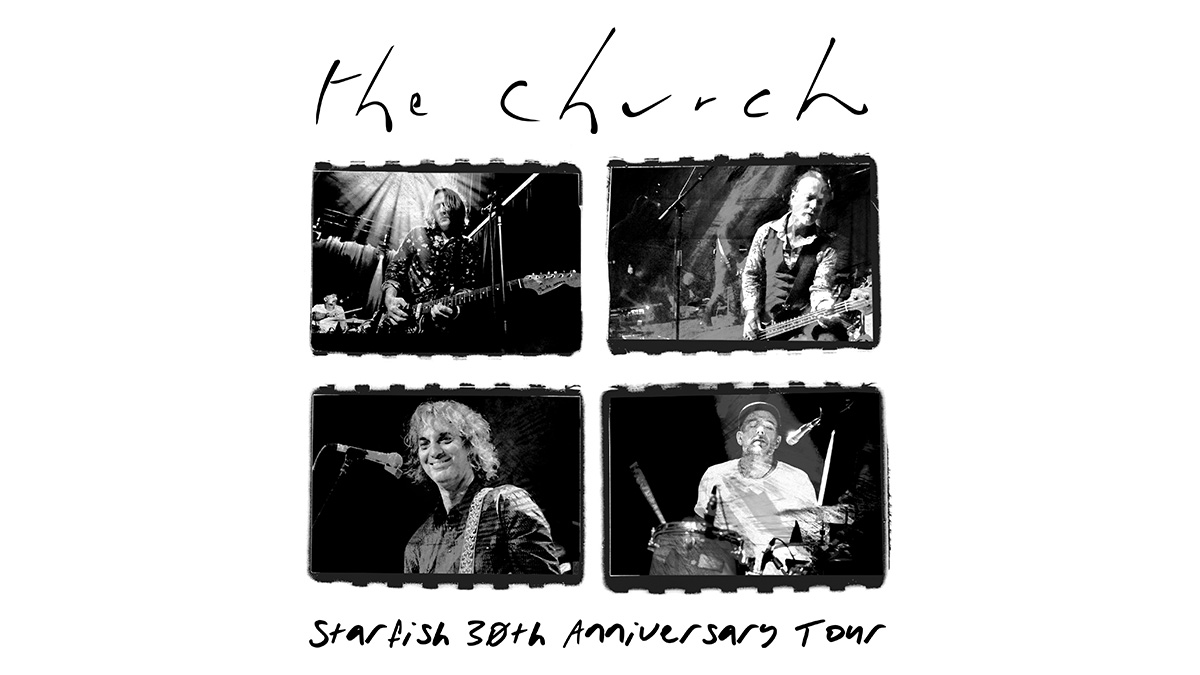 AN EVENING WITH THE CHURCH

Frontier Touring are delighted to announce that seminal Australian rock band The Church are hitting the road later this year for An Evening with The Church. As 2018 marks the 30th anniversary of the four-piece’s most beloved album, the tour will see Australian and New Zealand fans treated to an extraordinary performance of Starfish performed in its entirety, as well as a number of greatest hits spanning the band’s incredible 38-year career.

An Evening with The Church begins at Wollongong’s Anita’s Theatre on Friday 23 November; touring theatres in Newcastle, Brisbane, Sydney, Melbourne, Canberra, Auckland and Adelaide before concluding at Perth’s Concert Hall on Sunday 9 December.

Forming in Sydney in 1980, The Church’s extensive career has cemented them as one of Australia’s most enduring bands of the post-punk era and well-deserving of their place in the ARIA Hall of Fame. Having refined their unique and defining sound over the course of a remarkable 26 albums within 35 years, including Starfish, The Blurred Crusade and Priest=Aura, the band have received international acclaim with fans within Australia and New Zealand and across the world still enjoying their iconic music today.

The Church’s groundbreaking and most successful album Starfish remains known for the iconic signature tune ‘Under the Milky Way’, an ARIA-winning fan-favourite that has stood the test of time. Released in 1988, the LP features 10 individually memorable songs that marked a new worldwide commercial success for the band. A very special 30th Anniversary white vinyl edition of Starfish will be available exclusively via VIP ticket bundles HERE. These songs are guaranteed to delight fans when the album is played live in its entirety on its 30th anniversary during this once in a lifetime concert experience. With a string of hit singles across their expansive career including ‘The Unguarded Moment’ and ‘Almost With You’, fans will also be treated to a host of greatest hits lifted from their impressive 38 year career.

As one of the hardest working and enduring bands in the industry, singer-songwriter and bass player Steve Kilbey, founding member and multi-instrumentalist Peter Koppes and drummer Tim Powles together with guitarist Ian Haug continue to look towards the future while celebrating their successful past. With the addition of Haug in 2014, formerly of iconic Australian band Powderfinger, the band released acclaimed album Further/Deeper that same year and with follow-up Man Woman Life Death Infinity released in 2017, The Church are giving no indication of slowing down anytime soon.

2018 will mark an extraordinary year of celebration for The Church. Appearing at the sold-out Meltdown Festival in London on personal invitation of curator, The Cure’s Robert Smith, followed by a run of shows in the UK, the band will head to the US in September before rounding off the year with An Evening with The Church in Australia and New Zealand.

An Evening with The Church will see one of Australia’s most iconic bands celebrating their most successful album on its 30th anniversary as well as a host of greatest hits. Fans are urged to secure tickets early to avoid missing out on this unforgettable experience