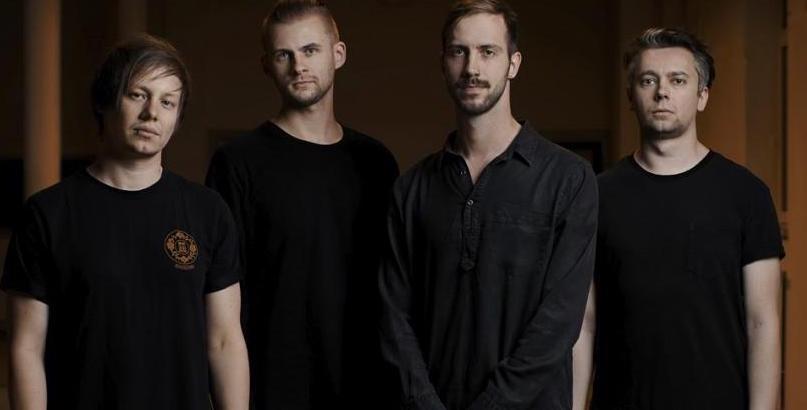 Metalcore powerhouse Annisokay led by vocalist and producer Chris Wieczorek (Sawdust Recording) have just released their brand new single / video called ‘Time‘ via Arising Empire.An exciting and astonishing music video capturing, reminding on Tom Hanks famous Cast Away movie where he experience a horrific lonesome stranding onto an abandoned isle.ANNISOKAY – the German Rock / Metal band released its fifth studio album »Aurora« in 2021, which entered the official German album charts on #18 and reinvented themselves. Old braids were literally cut off and a new front man brought on board. The musical foundation has remained. Heavy guitar riffs and driving drum rhythms, paired with a mix of melodic goosebumps singing and aggressive shouts. Rudi Schwarzer is now responsible for the latter. The new front man was already able to convince the fans live. ANNISOKAY played the X-Mas Bash Tour together with the EMIL BULLS in winter 2019. In early 2021 the new album »Aurora« followed in a completely new guise. As usual, guitarist and singer Christoph Wieczorek was in charge of the production, whose charismatic and melodic voice continue to provide goosebumps. The quartet is completed by the rhythm group, consisting of drummer Nico Vaeen and bassist Norbert Rose.ANNISOKAY was founded in 2007 and has since been considered one of the most talented German bands with an international flair. The band has already played successful tours in Europe, Great Britain, Japan and the USA. With several headline shows in Russia, Belarus and the Ukraine, the band gained a loyal and massively growing fan base. The highlights were support shows for PARKWAY DRIVE in sold out halls in Moscow and St.Petersburg. The established independent record label SPV signed the band in 2014 and three studio albums were released, all of which made it into the top 100 of the official German album charts. In 2018, ANNISOKAY switched from SPV to Arising Empire. In the same year, the fourth studio album »Arms« was released, which reached  #26, making it the band’s highest chart entry to date.Stream/Purchase/Watch ‘Time‘ now – https://annisokay.lnk.to/time . It is out now through Arising Empire.