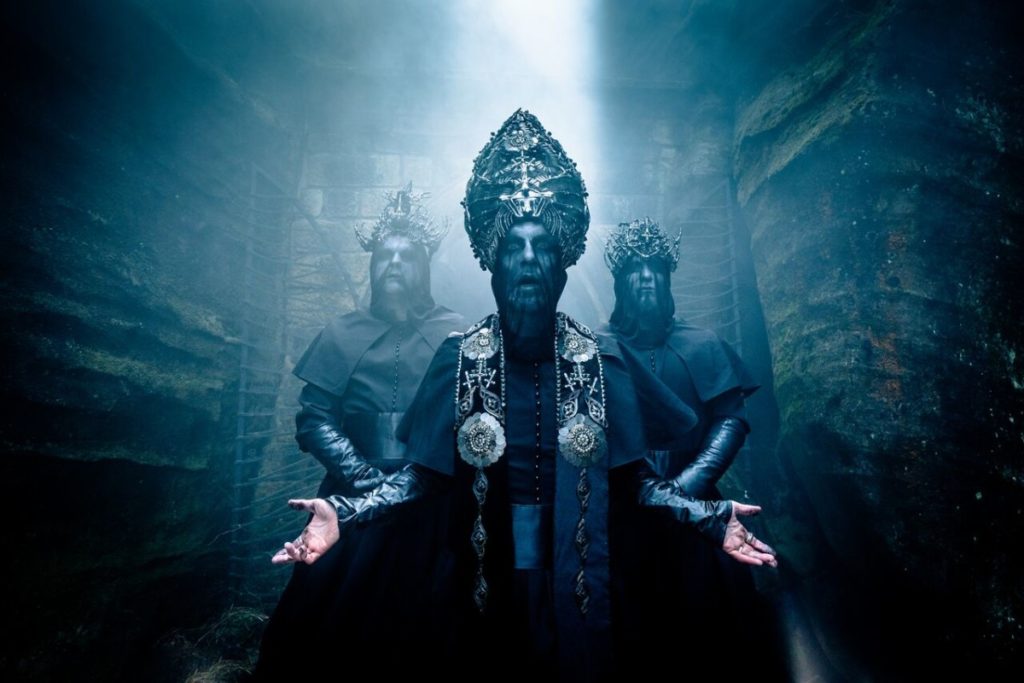 he band have just unleashed yet another visual feast, directed by the masterful Grupa 13 This time for the track Bartzabel.

While it certainly seems an unlikely title for a black metal band, its origin might surprise fans even more than the words themselves. “It’s a verse from the Bible,” Nergal reveals.
“It’s actually a quote from Jesus Christ himself. For Behemoth to use it as the basis of our record, it’s sacrilege to the extreme.”

A crushing salvo of black metal majesty replete with hellish riffs, thundering drum cannonades and soaring liturgical choirs reminiscent of classic horror cinema,
I Loved You At Your Darkest is the group’s most dynamic record yet: extreme and radical on one hand, but also more rock-oriented than any other Behemoth release.

Produced by the band themselves, with drum co-production by Daniel Bergstrand (Meshuggah, In Flames), mixing by Matt Hyde (Slayer, Children Of Bodom) mastering by Tom Baker (Nine Inch Nails, Marilyn Manson), and a 17-piece Polish orchestra arranged by Jan Stoklosa,
I Loved You At Your Darkest can be pre-ordered digitally now.

Behemoth will return to Australia in March 2019 as part of the Download Festival
Saturday, March 9, Sydney
Monday, March 11, Melbourne
www.downloadfestival.com.au