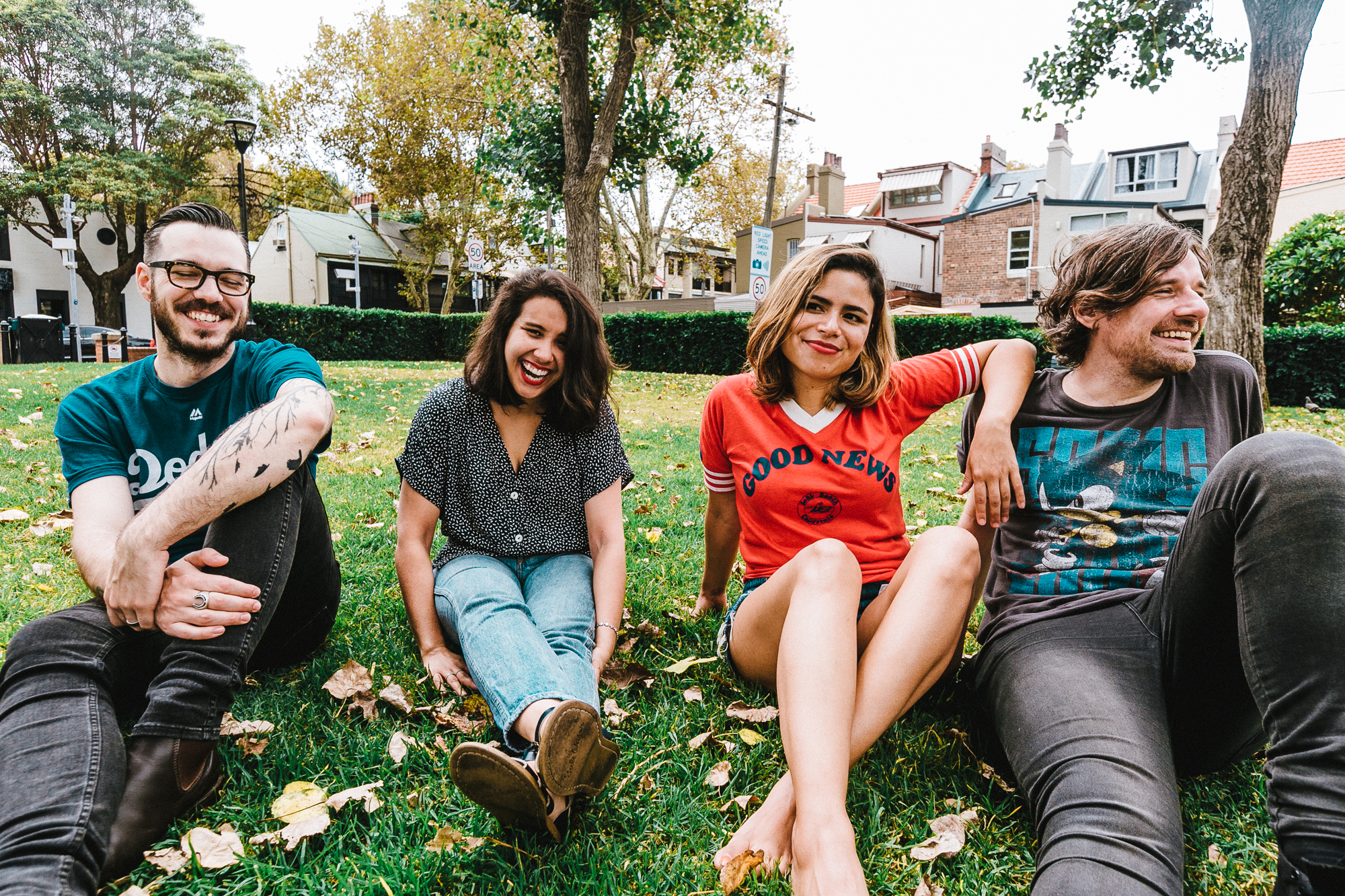 Bloods are excited to announce their sophomore album Feelings will be released worldwide on
17th August, via US label Share It Music and distributed world-wide via Sub Pop.
To celebrate the news, Bloods have also released the video for their acclaimed single and title track
of the album ‘Feelings’ and you can view it here:

Since their inception, Bloods have maintained their place as one of the country’s most endearing
bands. Whether it’s through their highly infectious, undeniably fun punk-pop-meets-riot-grrrl tunes
or their live shows, Bloods have consistently been celebrated by critics and fans alike.
Feelings sees Bloods songs evolve from garage-punk fun to fully realised pop-punk anthems. The
song-writing on Feelings is proof of a band that has grown together and learned to embraced their
collective love of pop hooks and wall-of-sound distortion. Pushing themselves further than ever
before, Feelings was written over a tumultuous eighteen month period and while lead singer MC
was processing the end of a ten year relationship, which inevitably crept into so many of the songs
that make up the record.

MC: “It’s felt like such a huge feat to get this album done. We faced so many challenges along the
way, including writers block and running out of money. I went through a pretty debilitating break-up
and Sweetie moved to Melbourne. Sometimes it felt like this album would never be finished! I think so
many of these things ended up influencing what shaped Feelings. There are some deeply personal
songs on this record, something that is very new to Bloods. When we listened to the finished album, I
said to Dirk ‘there are so many feelings on this record, we should call it Feelings’. So we did”
Taking on a much broader palette of influences ranging from shoe-gaze to 90s indiedance,
Feelings was recorded with producer and friend Liam Judson (‘Bliss Release’ Cloud Control/
‘Hope Downs’ Rolling Blackouts Coastal Fever) in the games room of Liam’s parents’ house in NSW’s
Blue Mountains. The record sees Bloods embracing guitars like never before, which lead to the
band enlisting a new addition and fourth Blood, Mike Morgan.

MC: “I’d keep hearing all these little extra guitar parts when I was writing and recording. I wanted to
record everything without thinking about how I’d replicate the parts live, just approach it openly and
freely, which is really different to how we did our last record. After we finished tracking the album, we
loved how layered everything was and decided to add an extra member to the band, so that we
could replicate what’s on the album, live. Dirk had been playing in a band with Mike and the rest is
history.”
Mixed by producer Shane Stoneback (Sleigh Bells/Fucked Up/Cults) with additional mixing and
production done by the band’s new guitarist Mike Morgan, singles ‘Bring My Walls Down’ and
‘Bug Eyes’ have already received critical acclaim from KEXP, triple j, Rolling Stone, Blunt
Magazine and Consequence of Sound.
Having inked a deal with Share It Music in 2018, a US-based record label. Headed up by Sub Pop
Records’ Cayle Sharratt, Share It Music is operated as a 501(c)(3) non-profit organisation, splitting
proceeds between artists, their chosen charity, and the label, which in this case is Australianbased
Indigenous Literacy Foundation.
A band that continues to evolve, Feelings proves Bloods have come a very long way since learning
to play their instruments to start the band.

Feelings is out 17th August on Share It Music, distributed world-wide via Sub Pop.