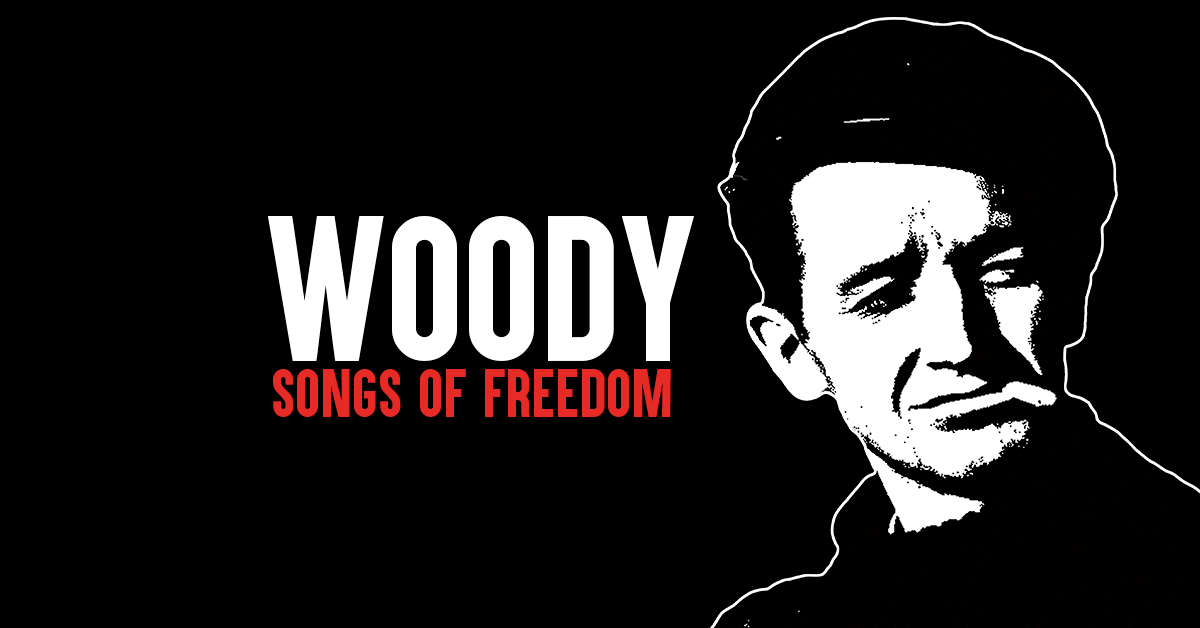 Woody: Songs of Freedom is back by popular demand for one night only at the Elizabeth Murdoch Hall of the Melbourne Recital Centre
on Friday 20th October

Singing all the Woody favourites along with spoken word in an evening dedicated to celebrating the life, work and cultural phenomenon of this great artist and humanitarian.
First staged in Melbourne last year to mark the 50th Anniversary of the passing of legendary folk singer, the Woody: Songs of Freedom concert played to a full house, most of whom joined in the singing!

Woody: Songs of Freedom was praised by artists and producers throughout Victoria. The political nostalgia and powerful performances create an impressive multi-dimensional account of Guthrie’s struggle for a better world free from war, racism and inequality.

In today’s distressing climate of Trump policies inciting hatred and social injustice where we have to ask ourselves if times are a changin’ at
all – Woody’s songs of freedom are still as pertinent as ever.
There has never been a better time to rediscover the power, humanity and profound political poetry of the late, great , Woody Guthrie.