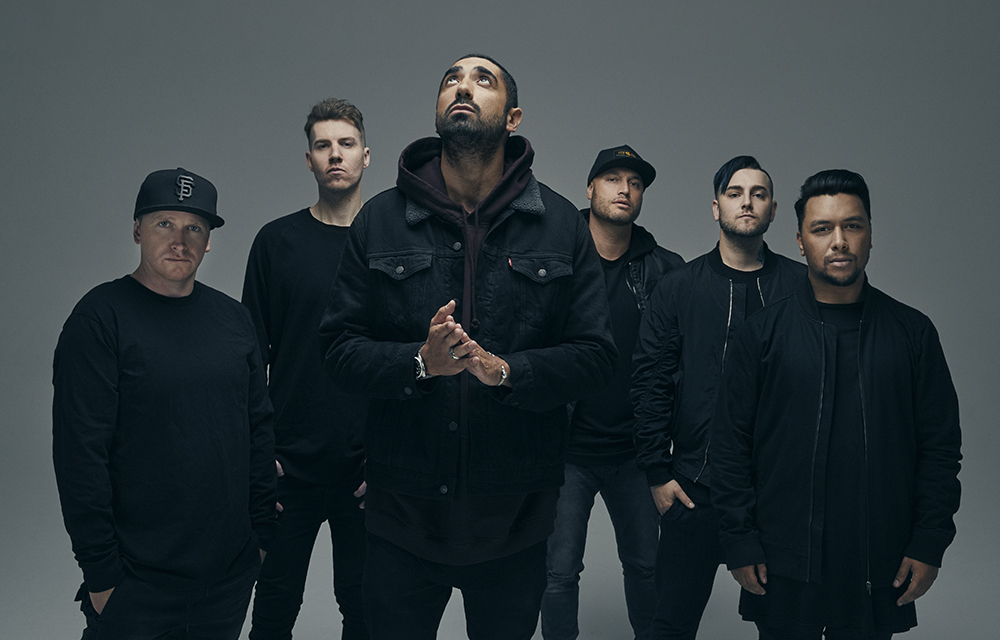 City of Souls sign to Wild Thing Records & Artery Global, announce new single & music video Wolf
PLAYING PROGFEST TOUR IN AUSTRALIA
SUPPORTING MONUMENTS IN NEW ZEALAND
New Zealand’s CITY OF SOULS are setting up an absolutely epic 2019 with a slew of new announcements and signings, their appearances at Progfest and its sideshows AND brand new music and music video in order to whet the appetite of the hordes of awaiting fans!
The six-piece Auckland bred alternative-progressive powerhouse are today announcing that they have signed to Australian record label Wild Things Records (also home to The Ocean, Circles, AlithiA) worldwide for the release of their highly anticipated debut album due later this year, as well as UK/EU bookings to Artery Global (Twelve Foot Ninja, Caligula’s Horse, Circles). Already signed for Management to Tom Larkin at VVV Management, the band have rounded out their team going forward.
Add to that, they have just released the very first taste of new music – with their new single ‘Wolf’, and its stellar accompanying music video. The new single is live now at Spotify and Apple Music & iTunes. They take to the stage 23rd and 24th January in New Zealand in support of UK djent-groove metal pioneers Monuments, then hop the pond to play their debut Australian shows at the 10th Anniversary Progfest tour from January 26 to 28 in Melbourne, Sydney and Brisbane, alongside The Ocean, Monuments, Skyharbor, Circles and more.
For the past 12 months the band have been writing their debut album under the guidance of producer Forrester Savell (COG, Karnivool, Dead Letter Circus) and have debuted new tracks to huge response at festivals such as Homegrown and Storm The Gates (alongside Limp Bizkit and Suicidal Tendencies). Vocalist Richie Simpson talks of how he sees the band and what he wants it to mean to people in a year’s time. “We don’t want to ‘Be’ anything or adhere to a particular idea of what our sound should be. We simply want to create for the sake of creating and to leave something behind that I am proud of.”
Artery Global’s Head of European Touring Tony Boden said that he “…came across CITY OF SOULSfrom the Wild Thing crew, who have a great knack of discovering incredible progressive & alternative rock acts in their neck of the woods. After having so much success with Twelve Foot Ninja, Caligula’s Horse and Circles in Europe, I jumped at the opportunity to work with City Of Souls, who have a very bright future in front of them.“
Eli Chamravi, head of Wild Thing Records is beaming about the signing – “I’m honoured to have New Zealand’s premier alternative / progressive rock act CITY OF SOULS join the Wild Thing Records family. Their new album to be released later this year is a phenomenal body of work, and I think they’re onto something very special. It’s a pleasure to work with Tom Larkin and the VVV Management team on such an outstanding act, and I look forward to a massive year for the band in Australia, New Zealand, and abroad. I can’t wait for Progfest to kick off next week!“
CITY OF SOULS formed in August 2015 by Guitarists Trajan Schwencke (Cold by Winter, In Dread Response) and Steve Boag (In Dread Response, Blacklistt). Vocalist Richie Simpson (New Way Home) found the tracks Trajan and Steve had written immediately captivating and joined the band. Guitarist Marcus Powell (founding member of multi-platinum bands Blindspott and Blacklistt) then joined, and the lineup was complete with Daniel Insley on Bass (Solstate) and Drummer Corey Friedlander (In Dread Response / 8 Foot Sativa).
The band blazed their own trail into the world with first single “Sleep”, which juxtaposed explosive energy with the cinematic soulfulness that has become the band’s signature. The track was received strongly by the band’s growing fanbase and went straight to number one on the iTunes rock chart. Following singes “Water” and “Long Gone” were added to The Rock FM (NZ highest rating radio station) and kicked off extensive local touring and high-profile opening slots for international acts like Bring Me to The Horizon, Stone Sour, and Dead Letter Circus.
CITY OF SOULS’ new single ‘Wolf’ is out now at Spotify and Apple Music & iTunes at http://smarturl.it/cityofsouls. They will be appearing at Monuments’ NZ tour dates in Wellington (23rd January) and Auckland (24th January) and then heading to Australia for the Progfest dates – Melbourne on January 26, Sydney January 27 and Brisbane January 28.