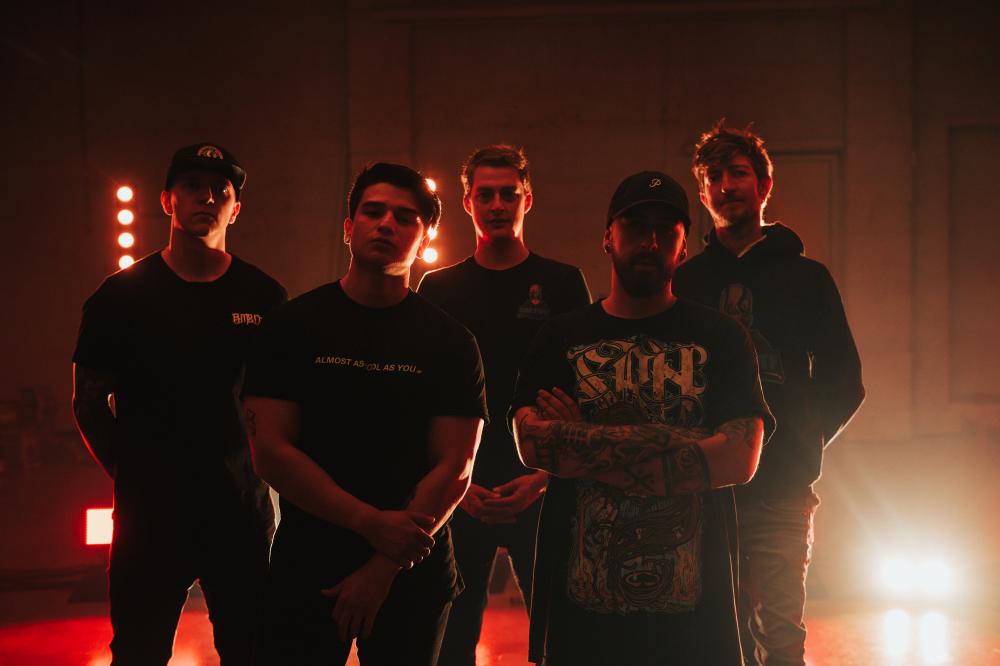 DRUID have spent the past few months walking their fans and heavy music lovers alike ever closer to the announcement of their debut album. Today is the day they take the followers on the last step through the final door and confront them with ‘The Beauty in The Decay’. They herald this album with their new single and video ‘Noble Rot’, out this Friday, August 6th.‘The Beauty in the Decay’ can be pre-saved and pre-ordered HERE, and ‘Noble Rot’ can be pre-saved HERE.The band says: “The Beauty in The Decay is DRUID’s Debut Album. Eight songs delving into the idea of the psyche splitting through heartbreak and finding solace in acts of immorality. This plays on the idea of nature vs. nurture, a topic all of us in the band find boundless and confronting. Are we born evil or do we become evil?”With two of their singles from this release premiering at KNOTFEST, the band were also announced to play at Knotfest’s Pulse of the Maggots streaming festival at their twitch channel on 26th June. Their set sat alongside bands like Hyro The Hero, As Everything Unfolds, Lotus Eater and more! Knotfest host Hardcore Keem seriously loved DTHBLW – check out his reaction here.

Games, Brrraaaains and a Head-Banging Life said that of previous single ‘I, Exist (Voices)’:  “Spitting fire, Druid showcase an intense hybrid of metalcore and nu-metal on their new single. The different vocal styles, melody and overall energy is very memorable but the killer moment comes when the track drops into soft melody only to rise back up in a super uplifting way.“
The album ‘The Beauty in the Decay’ was written by Druid & The Loud Noise Estate. Evan Lee and Ash Daws from The Loud Noise Estate also produced, mixed, and mastered the tracks.

All of the singles to date, ‘Room 44’, ‘DTHBLW’ and ‘I, Exist (Voices)’ have been getting love the world over, receiving play on triple J’s The Racket with Lochlan Watt, Richard Kingsmill’s 2021 show on triple J, added to rotation on The Faction and a tonne of spins on MMM Hard N Heavy! They received love from outlets like Music Feeds, Maniacs, Knotfest, MetalNerd and copped playlisting on Spotify playlist Homegrown & Heavy, Apple Music playlist Fresh Blood and more.DRUID’s The Beauty in The Decay will be released on Friday September 3rd and can be pre-saved and pre-ordered at LINK. Noble Rot is available for pre-save at https://distrokid.com/hyperfollow/druid2/noble-rot.