News: Due to demand, extra shows added for Patti Smith and Her Band this April

HomeNewsNews: Due to demand, extra shows added for Patti Smith and Her Band this April
News 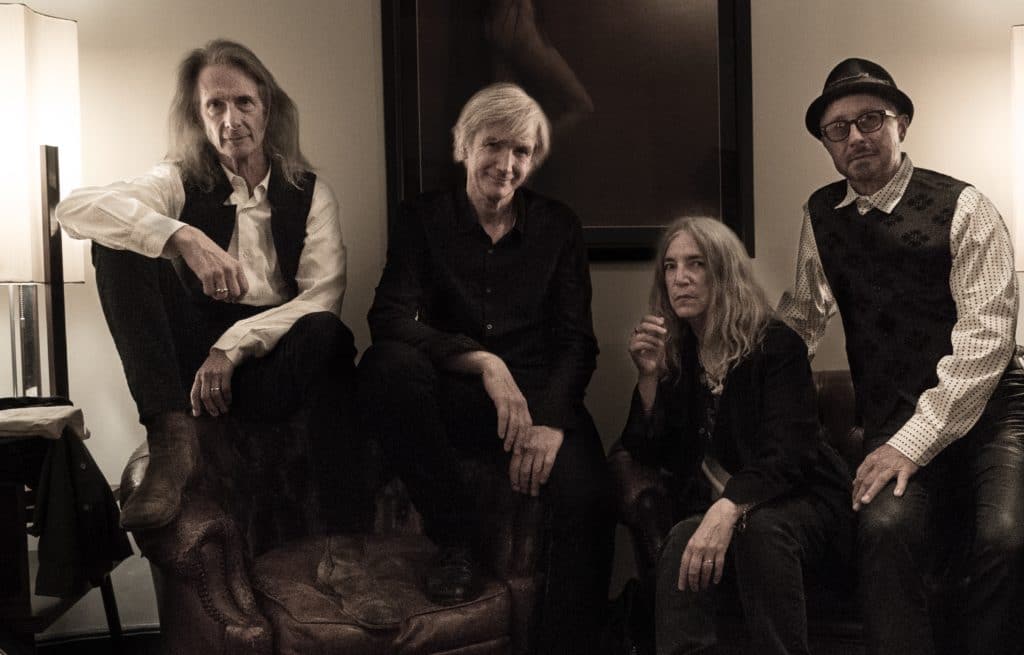 Due to demand, Newcastle and Melbourne dates added for punk-poet, Patti Smith and Her Band’s tour this April
‘I really thought that I wouldn’t be able to come back – so I’m delighted that I was wrong’ Patti Smith

Needing no introduction, the Godmother of Punk, Patti Smith’s legacy as an artist is already guaranteed. Now’s your chance to say you were at those shows! Due to demand, Patti Smith and Her Band have added dates in Newcastle and a third Melbourne show. Limited tickets remain on sale for Sydney performances.

In what was the musical icon’s first ever late-night interview, Patti Smith recently performed an astounding version of Neil Young’s ‘After the Gold Rush’ on The Tonight Show with Jimmy Fallon, check it out here. Her stunning performance backed with just a piano has gotten us even more excited about her return to Australia this April. Closing her short poem on a hopeful note: “Yet I still keep thinking that/ Something wonderful is about to happen/ Maybe tomorrow/ A tomorrow following a whole succession of tomorrows” and choosing to close the song with ‘Look at mother nature on the run’ – a clear nod to the current climate crisis.
With a stellar band including her son, Jackson, 2020 is set to be even better!
Tickets on sale now via bluesfesttouring.com.au/patti-smith-and-her-band