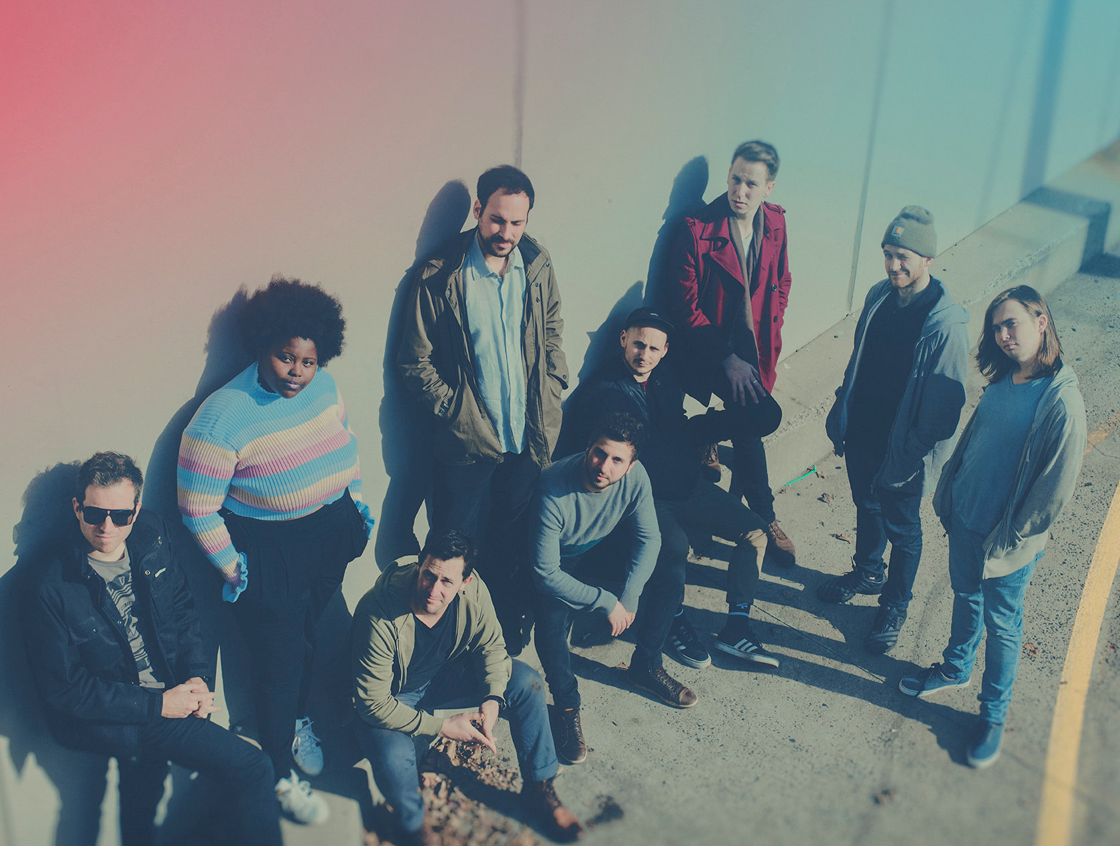 Much loved Melbourne nine-piece Echo Drama have today announced their new single Insanity, a heavy condemnation of the selfishness that rules in today’s society, out June 18. Hot on the heels of this massive track is the accompanying clip, directed by Carl Allison (Hilltop Hoods) and reflecting the band in an apocalyptic performance space. Insanity will be launched in style with a celebratory show at The Workers Club Melbourne on July 26, where fans will be able to catch Echo Drama in their element – on the stage. Insanity is a bold name for a bold track.

Echo Drama’s enormous sound is captured perfectly here; distorted horns draw the listener in immediately with an undeniable melody, while Alex ‘Sinks’ Sinclair’s (Recipient of 2017 Hilltop Hoods Initiative) verse is full of hard-hitting criticism on egocentrism. Zimbabwean born Soul singer Thando Sikwila’s hook is similarly condemning, and sits proudly atop Echo Drama’s signature amalgamation of reggae, hiphop, rock, and dub. Reflecting on the inspiration behind the track, Thando explains, “This song explores how people are so fixated with self preservation and tend to turn a blind eye to bad things that happen because they’re not affected by them. My hook is about looking inwards and confronting what being a human being really means, when people no different like us halfway around the world are left destitute all for the sake of profit. It’s not sustainable.” The clip is suitably bleak in colour; muted greys are accented by intricate lighting displays while the band perform the track in a destitute, industrial environment.

It’s quick, energetic, and cut with an urgency that suits Insanity perfectly. Speaking on the making of the clip, Echo Drama’s drummer and founder Jeremy Schiftan says, “The clip was directed and conceptualised by Carl Allison, who is a wizard! We have been wanting to do a clip with Carl for a while, as he has worked with a few members of the band on other projects and consistently delivers the goods. The track is pretty hectic, so went for fast cuts, and the set was a great space he sourced to get that big open space we wanted for the largeness of the tune. It’s big to match the sound, but bare to mirror the blunt nihilism of the tune’s themes.” Echo Drama are thrilled to celebrate the release of Insanity with a killer live show at Melbourne’s renowned indie music venue, The Workers Club. A mainstay on the Melbourne music scene since 2012, the band are renowned for their enormous sound and high-voltage live performances, appearing at many festivals including St Kilda Festival, Rainbow Serpent Festival and Strawberry Fields.

Looking forward to hitting the stage, Jeremy enthuses, “We really cut our teeth as a live band…you can expect slick, well rehearsed high impact performances from a large group with a large sound. Echo Drama has always been about doing our own thing rather than conforming to genre expectations so Insanity really hits that point home for us…we went a little outside the box on this choice of track to show you all, and we’re excited to see how it’s received.” Echo Drama is Thando Sikwila (vocals), Alex ‘Sinks’ Sinclair (vocals), Jeremy Schiftan (drums), Steve Phillips (keys), Duncan Schmoll (guitar), Stephen Lane (bass), Anthony Foon (trumpet), Jay Scarlett (trombone), Greg Sher (saxophone).