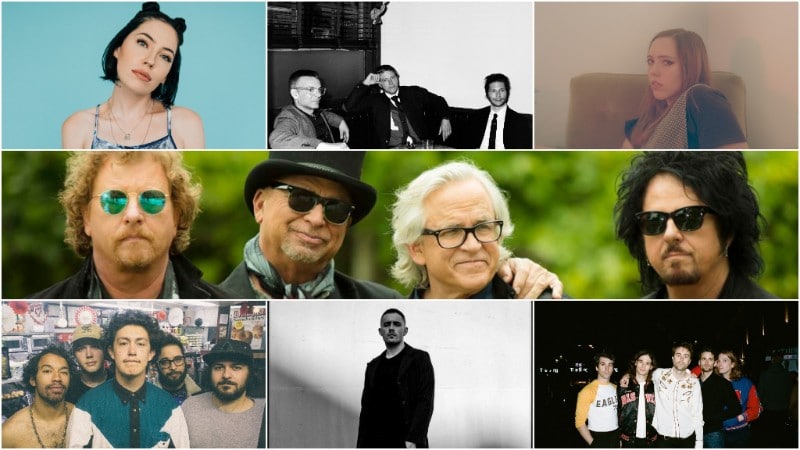 As hotter weather approaches and the Eastern States of Australia slowly begin to pack away their duffle coats, the team behind Falls Festival are delighted to offer a smorgasbord of international musical delights as they present a scorching range of summer sideshows.

Showcasing a potent mix of global stars and fast rising up-and-comers, this anticipated range of shows will spread its tentacles throughout Sydney and Melbourne in January 2019. From legendary 80’s outfits to New York post-punk icons to Nashville born stars of the future (plus plenty more), there’s something for everyone on offer as the summer calendar domination begins in earnest.

First cabs off the rank are Californian kings TOTO, who will whip up extreme levels of nostalgic buzz when they land at Sydney’s Hordern Pavilion and Melbourne’s Festival Hall for two huge shows. Riding high on a renewed public obsession with classic tunes ‘Africa’, ‘Rosanna’ and ‘Hold the Line’, these pioneers of prog never seem to go out of style.

Another pack of international heroes ready to blow punters away are New Yorkers INTERPOL. Landing in Australia to show off their excellent new album Marauder, their world beating hybrid of post-punk, post-rock and guitar pop has seen them sell millions of records globally.

One of the most enduring English rock bands of the last decade are THE VACCINES, who will be hitting up the Croxton Bandroom and the Metro Theatre as they celebrate the release of their latest cut Combat Sports.

BISHOP BRIGGS is a London born citizen of the world who deals in booming indie-based soul and R&B. Her forceful, expansive voice has seen her gather overwhelming buzz and she’ll leave everything on stage at an exclusive East Coast show.

Another gigantic voice capable of transfixing audiences at festivals and venues alike belongs to Irishman DERMOT KENNEDY. Discovered by Glen Hansard of The Frames and countingTaylor Swift amongst his many fans, the emotive and intricate nature of Kennedy’s music will suit Australian stages. Special guest at both shows will be rising English singer-songwriter SAM FENDER.

Living in the same realm of pointed lyrical guitar pop as favoured Australian export Courtney Barnett, Nashville’s SOCCER MOMMY has built from bedroom tape beginnings to sit as one of the more talked about up and comers of 2018. She’ll be hitting cosy venues in Sydney andMelbourne for two not-to-be-missed shows.

One out of the box is the eclectic HOBO JOHNSON & THE LOVEMAKERS, who will be making their first trip Down Under. A remarkable young musician with the soul of a poet, a tripwire voice and talent to burn, his track ‘Peach Scone’ has clocked up nearly 9 million YouTube views.