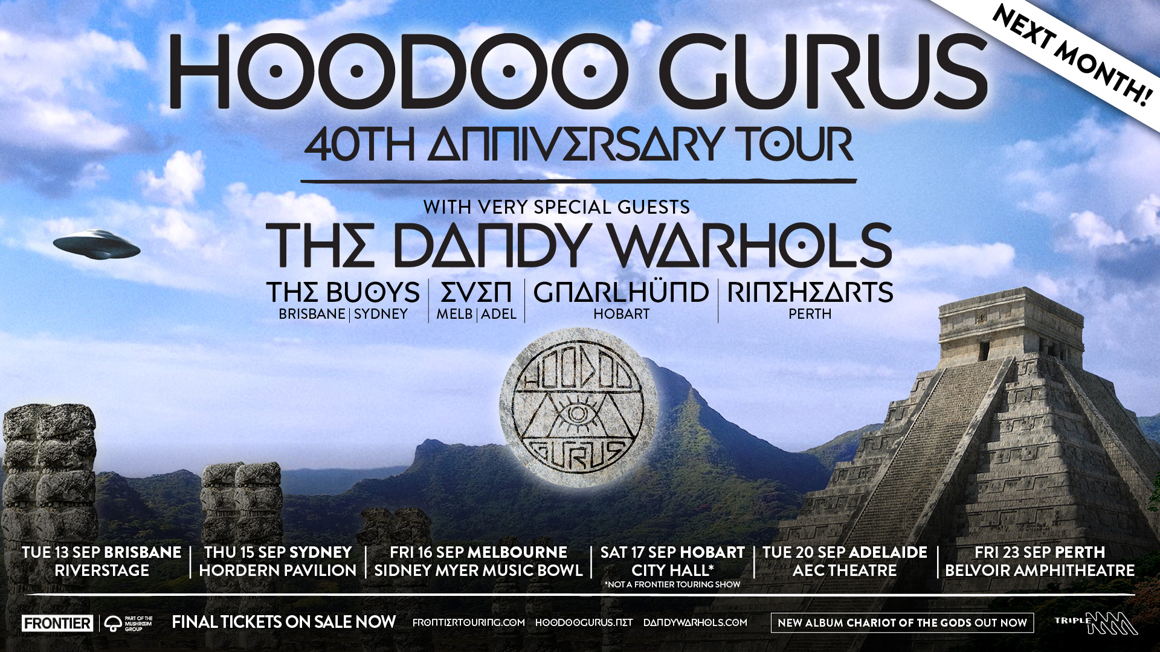 Frontier Touring are pumped to confirm that the Hoodoo Gurus upcoming 40thAnniversary Tour with special guests The Dandy Warhols commences next month!

Kicking off at Brisbane’s Riverstage on Tuesday 13 September, the tour then proceeds to Sydney’s Hordern Pavilion on Thursday 15 September, down to Sidney Myer Music Bowl, Melbourne on Friday 16 September, then Hobart City Hall^ on Saturday 17 September, across to Adelaide Entertainment Centre Theatre on Tuesday 20 September and finally Belvoir Amphitheatre, Perth on Friday 23 September.

Playing ahead of The Dandy Warhols and opening proceedings in Brisbane and Sydney will be The Buoys, Even in Adelaide and Melbourne, Gnarhünd in Hobart and Rhinehearts in Perth.

2022 also marks the 40th anniversary of the band’s debut single ‘Leilani’ when the band were initially called Le Hoodoo Gurus. That humble independent single on Sydney’s feisty Phantom Records brought the band to the attention of the music industry and shortly afterwards Hoodoo Gurus were offered an album contract. A re-recorded version of ‘Leilani’ was later released for the band’s 1984 debut album ‘Stoneage Romeos’ – and the rest is history!

FINAL TICKETS ON SALE NOW FOR ALL SHOWS