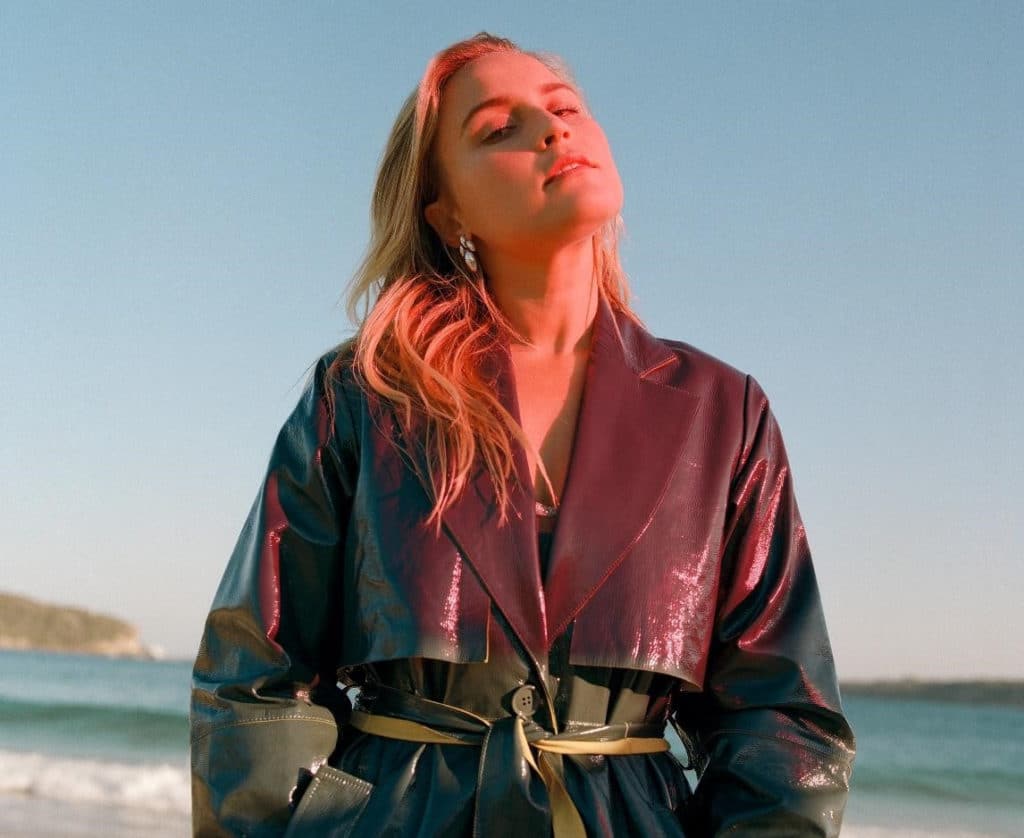 It is with great excitement that I OH YOU announce Jack River’s next release, her Stranger Heart EP will be released on Valentine’s Day – Friday 14 February 2020. To mark the occasion, Jack River shares a second track off the EP, the euphoric piano ballad ‘Closer’ and its accompanying video directed by Tatjana Hamilton.

Premiered today via Billboard, ‘Closer’ is a song about falling in love – both the utter euphoria and overwhelming calmness that comes with it. River has captured the feeling of being completely spell bound, the intimacy of the gentle piano draws the listener in, mimicking the sensation of surrendering to absolute emotional vulnerability. River explains,

“I wanted it to sound and feel like the rush of emotions that make you want to be closer and closer to someone. I began writing it at the beginning of a relationship – watching sea spray come off the ocean and melt into the light of cars driving by the beach at night. I want this song to be a gateway drug to the feeling of completely letting go into someone’s arms.”

‘Closer’ follows ‘Later Flight’, River’s first single since the deluxe reissue of her three-time ARIA-nominated, critically acclaimed debut LP Sugar Mountain in May of this year. ‘Later Flight’ premiered on triple j Breakfast, hitting the #1 most played song on the station within 3 weeks of its release and saw strong support from the likes of Spotify and Apple Music, leading to the track and video being streamed over half a million times since its release in October.

Jack River has sold out shows across the country and taken to stages at Falls Festival, Splendour In The Grass and Groovin’ The Moo. At the 2018 ARIA awards she earned nominations for Breakthrough Artist, Pop Album and Engineer of the Year, while this year her Gold-selling single with dance duo Peking Duk was contender for Best Dance Release.

Where Sugar Mountain was full of dreamt up love stories from a fictional world River had created in her youth, the Stranger Heart EP is firmly cemented in reality. Written following a demanding touring period, River needed to reorient. She pressed reset and began writing from a desire to make something authentic and true. “I set the intention for myself to walk into the forest of my heart, that I felt like I hadn’t truly faced. And at the end of this EP, I wanted to walk out feeling a little cleansed. Like I’d reclaimed my heart.”

On Stranger Heart River pleads a case for the heart as a complex and dynamic thing, one that can survive chaos and find the beauty in terror and hopelessness. In the digital age, where inspiration can feel contrived and a search for authenticity often begins and ends with a hashtag, she has drawn a road map for an alternative way to feel and process. She walked into the forest and came out anew, more bold and true than when she began.