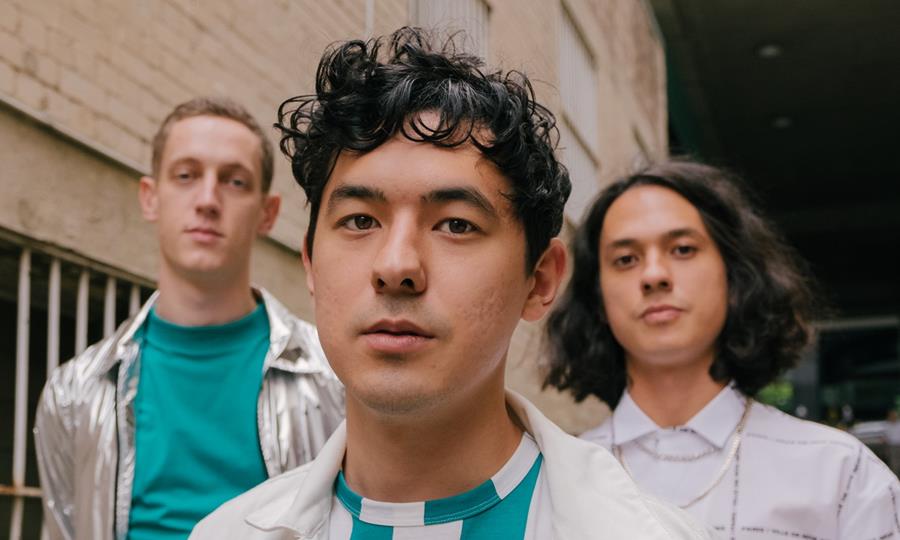 w/ Special Guests To Be Announced
Tickets On Sale Friday, July 6 at 9.00am

As, “If I lose my head I’m sorry!” interrupts the swirling guitars and boom-boom-bap drumming that open this brand-new single, you can almost hear rapturous crowds already singing it back to him from packed rock clubs and swarming festival mosh pits in the not-too-distant future.

As the song progresses, that sentiment only gets solidified more, because in many ways ‘Eleven’ is a marriage of all that’s come before it – the driving guitars of In A Million Years and the assured pop dynamics of Wellness – presented with a revitalised, effervescent energy that captures Last Dinos bursting with inspiration.

‘Eleven’ also sends shivers through its showcase of Sean’s vocal range. Slightly affected, like it’s being blasted out of an AM radio, one minute he’s soaring high and recalling Discovery era Daft Punk, the next he’s diving to his lower register and delivering a vintage Julian Casablancas. It’s subtly emotional, slightly jagged, and slathered in a beautifully distorted sheen.

‘Eleven,’ which premiered on Good Nights on triple j last night, stands in many ways as the perfect counterpart to the wallop that was the band’s comeback single ‘Dominos,’ which has been dominating the airwaves since the start of the year. Again, both songs combine to give a nod to Dino’s earlier, guitar driven sound, while reinforcing the impeccable pop song structure they’ve developed through their last six years in the spotlight.

Speaking about the song, Sean Caskey says he gained inspiration for it from one of the all-time rock greats. “We were at Splendour In The Grass a few years ago, watching The Strokes play and I was immediately inspired. I went home and wrote this song on my brand-new Rickenbacker guitar, even writing my first proper guitar solo for the track, and it ended up being one of the first of a new batch of songs that informed our upcoming album.”

The band also announce today that they’ll be embarking on an East Coast tour that will see them play a unique offering of smaller venues in Sydney, Brisbane and Melbourne, performing a combination of classic tracks and future classics they’ve now loaded into their arsenal and are set to launch in the not-too-distant future.

The band’s bassist Michael Sloane says the group are itching to be out on the road again and can’t wait to reconnect with fans. “We’re so keen and ready to play our own shows again, and kicking it off in these close-quarters venues is going to focus all that energy.”

“We can’t wait to play new material,” added Caskey. “This is going to be the first time we get to play a lot of them live, so it’s going to be a really memorable run.”

Taking inspiration from ghost towns in Japan, to neon cityscapes in America, Last Dinosaurs third album is set to be an eclectic mix of music and influence that sees the band recapture the vitality and dynamism they made their original mark with, while pouring in the experiences they’ve had on the road and in life along the way.

Last Dinosaurs Tour
w/ Special Guests To Be Announced
Tickets On Sale Friday, July 6 at 9.00am