Today London is bringing Sunlight to the world – it’s the first single and music video from a forthcoming album expected to drop in 2019. The single will be live for purchase and streaming this Friday August 17. More information about the album coming soon!

The scenic and provocative clip was filmed and directed by Hollywood whiz Brian Cox (Hollywood Undead, Will Haven, Butcher Babies) on location at the famous Portsea back beach in Victoria… ironically right next to….London Bridge!

Formerly from Melbourne and now recently relocated to the Sunshine Coast in Queensland, the band has been working tirelessly on this, their debut release. Writing and Recording at dw Norton’s Black Mountain Sound Studio, all music for the album has been written by Norton and all lyrics & vocals written by London Gabraelle.

London’s new single “Sunlight” will shine on the world from this Friday, August 17. 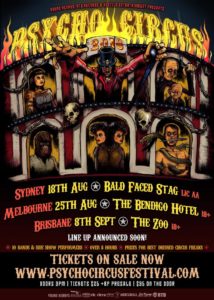