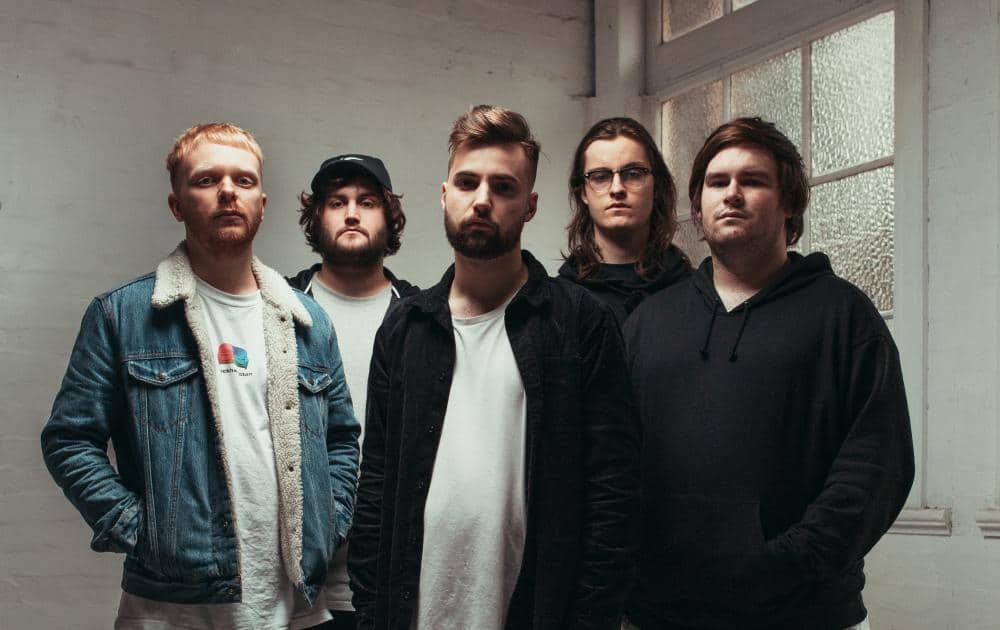 LUNE. Australia’s newest heavy phenoms return for a second hit of absolute brutality. A refreshing combination of soaring melodies with exceptionally heavy grooves, Melbourne, Australia’s Lune is comprised of members of Melbourne’s I, Valiance and Newcastle’s Blind Oracle. With only one song to date under their belt, they have made quite the impact immediately.

triple j’s Josh Merriel said of their first single Ghost, “This is so heavy that I am going to have to up my gains just so I can try and handle this track.” and triple j unearthed’s Dave Ruby Howe praised the track, saying “This is mental! Not surprising to hear that there’s some former members from I, Valiance in this cos it’s sick af.”Depth Mag’s Kel Burch posited that “”Ghost” serves as one hell of an introduction to LUNE. Eerie and raw, the urgency and panic is palpable from the start, as heavy riffs and slamming beats hit the message home along with a searing undercurrent.”

Today they unleash their second single – MANIPULATOR. According to the band, Manipulator is “…about breaking away from an abusive family member. The song discusses recovering from experiencing domestic violence and escaping a damaging environment in order to heal. This escape comes with the realisation that family are sometimes the ones that hurt you the most and must be left behind in order to protect yourself. Manipulator is dedicated to anyone who has ever experienced or is recovering from any form of domestic violence.”

The high-intensity track was produced by Jamie Marinos and mixed and mastered by Buster Douglas Odeholm at Impact Studios. The video for the track was shot by Nathaniel Smith and edited by Colin Jeffs at Ten of Swords Media, and was developed from a concept created by band member Nathaniel Smith .Tickets are running down  for their single launch show on Saturday December 21st at Melbourne’s Stay Gold! The debut show will see them teaming up with Advocates, who will also be launching their latest single Abaddon, as well as Vatic & Blood on my hands. Tickets are available now at https://www.reversek.com. LUNE’s second single ‘Manipulator’ will be released this Friday 6th December on all streaming and digital outlets at http://ffm.to/LUNE_Manipulator. Tickets are available now for Lune’s debut show at Stay Gold Melbourne on Saturday December 21 at https://www.reversek.com.

View all posts by 27 Magazine
Older News: SAHARA BECK IS VIBRANT, COLOURFUL AND MANIC IN HER NEW VIDEO FOR ‘QUEEN OF HEARTS Newer News: Mojo Juju & Joelistics’ ‘GHOST TOWN’ EP Out Today + Unveil Clip For ‘Leave It All Behind’
Latest posts in the same category
News