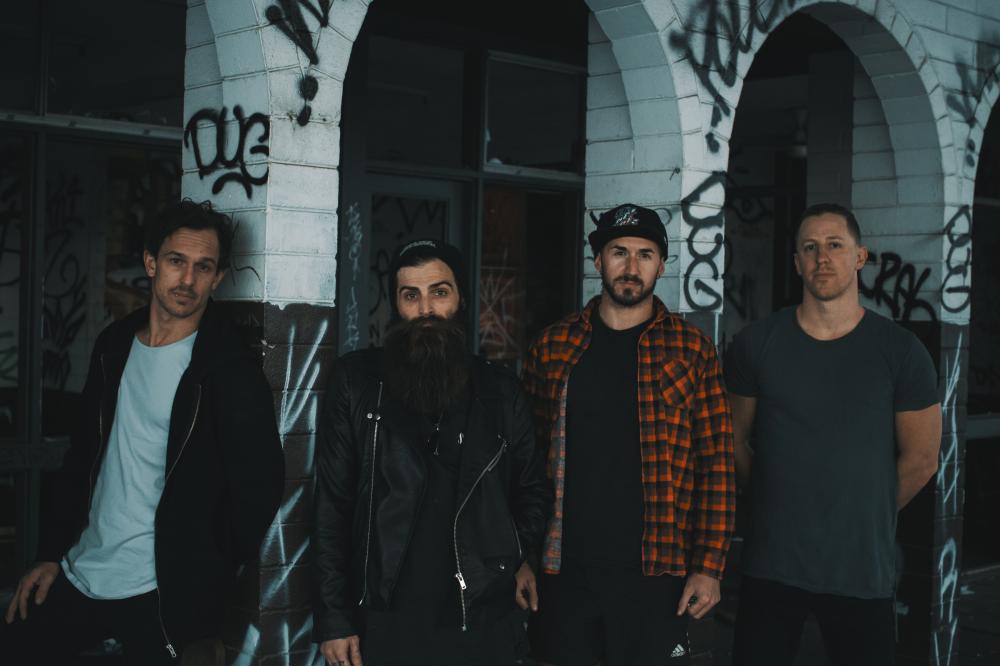 Perth, Western Australia’s Make Way For Man established themselves in 2016 – with the vision of
creating heavy music with a positive message. Today, they are announcing the release of their brand new EP ‘Rites’ – a 6 track collection of their experiences in the past few years, including singles ‘Ideations’ (featuring guest vocals from Sean Harmanis of Make Them Suffer) and MVP, as well as their Owl City cover ‘Fireflies’.

‘Rites’ will be released into the world on Friday September 18 – and pre-orders for the EP will go live this Friday, July 31 at http://ffm.to/MWFM_ritesEP, as will the new single, Rites.

The new EP was recorded in Perth, Western Australia and was mixed and mastered by Joe Johnson at Tone Traktor Audio.The EP contains 6 tracks – all lyrically themed around overcoming the fear of every day life.

Guitarist Drew Shepherd says that the EP “…explores the idea of not overcoming fear by succeeding always, but knowing there are bound to be ups and downs in life – and having to be ready to handle them the best way you personally know how to.”

The 5 members of MWFM carry quite diverse musical influences, which helps them to create something unique. They fit no single genre, incorporating odd time signatures, pop hooks, guttural breakdowns, poly-rhythmic passages and technical guitar solos into their sound.

Since the band’s inception they have released 2 singles, ‘limitless’ and ‘Ideations’ both with well over 100k views. The ep entitled ‘Evolve and Repair’ and a new ep ‘Rites’ set for release this year. They also released a cover version of ‘Fireflies’ by Owl City.

Make Way For Man have played alongside Trivium, Fear Factory, Meshuggah, Periphery, Polaris and many others – as well as embarking on an Australian national tour.

Make Way For Man’s new EP release ‘Rites’ will be released on Friday September 18th and will be available for pre-order/pre-save on Friday July 31st in all good digital stores and streaming outlets at http://ffm.to/MWFM_ritesEP. Physical Bundles will be available at http://makewayforman.bigcartel.com.