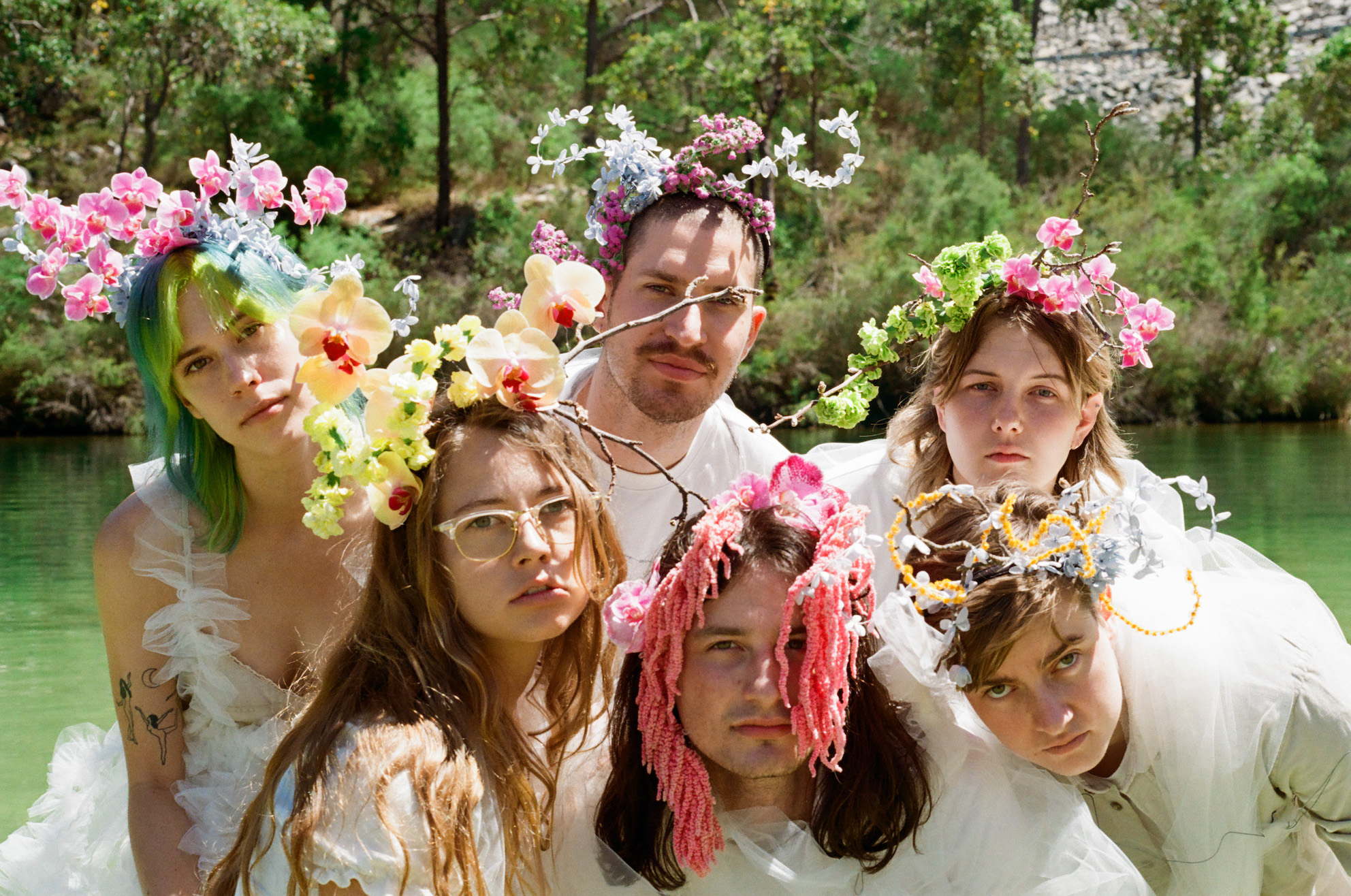 Potent Perth collective Mal de Mer have today released a brand new single Mirage, a slinky, funked-up fantasy that’ll tap shoes far and wide. Alongside the bustling frivolity of the new tune, Mal de Mer have also announced an accompanying video for Mirage, with both the song and video marking the final alluring glimpse into the group’s brand new EP Sanguine which will officially drop on July 8 and is available to presave now.

Mirage continues Mal de Mer’s penchant for defying genres and expectations, with atomic glimmer and grooving shimmer pulsing through the veins of the brand new track. Inspired by the likes of Parcels, Anderson .Paak and Lil Nas X, Mirage is permeated by jangly keys, wiry basslines, bright guitars and sun-soaked melodics alongside the striking stylings of vocalist Saskia Fleming. Brandishing a bittersweet narrative beneath infectious instrumentals, Mirage diverges slightly from the six-piece’s earlier funk roots, embracing lashings of electronic pop amongst their trademark wiles, while also acting as a must-have anthem to blast in your car (windows down) after a bad day or that breakup.

And while Mirage acts as the final peek into the impending EP, Sanguine, the song’s origin story stems from an extremely quick creation, as drummer James Marelich explains, “It’s always a great feeling finishing music and finally releasing it, but this one feels especially surreal as we only wrote it a couple of months ago! Watching it transform from an idea into a full-fledged piece of music so quickly has been awesome”. And elaborating on the track’s fantastical moniker and thematics, vocalist Saskia says, “Mirage is a nonchalant narration of leaving someone that you should have left a long time ago. To me, this song feels like a shower argument – you get to speak your truth, uninterrupted, and finally put that person in their place”.

Working with long-time Mal De Mer visual collaborator Sarah Gelmi on the video for Mirage, the resulting filmclip is a comical ode to farewelling a lousy relationship. Expanding on the visual inspiration behind the video, Saskia says, “The video is a satirical send up of leaving a crappy relationship – it taps into the joy of moving on and looking back with relief.”

Mal de Mer teamed up with Broderick Madden-Scott on mixing and producing duties, and Joe Carra on mastering for their upcoming sophomore EP Sanguine. Set for release July 8, the group are poised to truly encapsulate the buoyant and transformative notions of the EP’s moniker, as Saskia adds, “Sanguine as a body of work follows the disorienting journey out of a toxic situation, and the metamorphosis that takes place afterwards. I reckon the theme of Sanguine is best encapsulated by the definition of its title: optimistic or positive, especially in an apparently bad or difficult situation”.

Mirage is out now. Sanguine is out July 8 and available to presave now.