News: Mojo Juju & Joelistics’ ‘GHOST TOWN’ EP Out Today + Unveil Clip For ‘Leave It All Behind’ 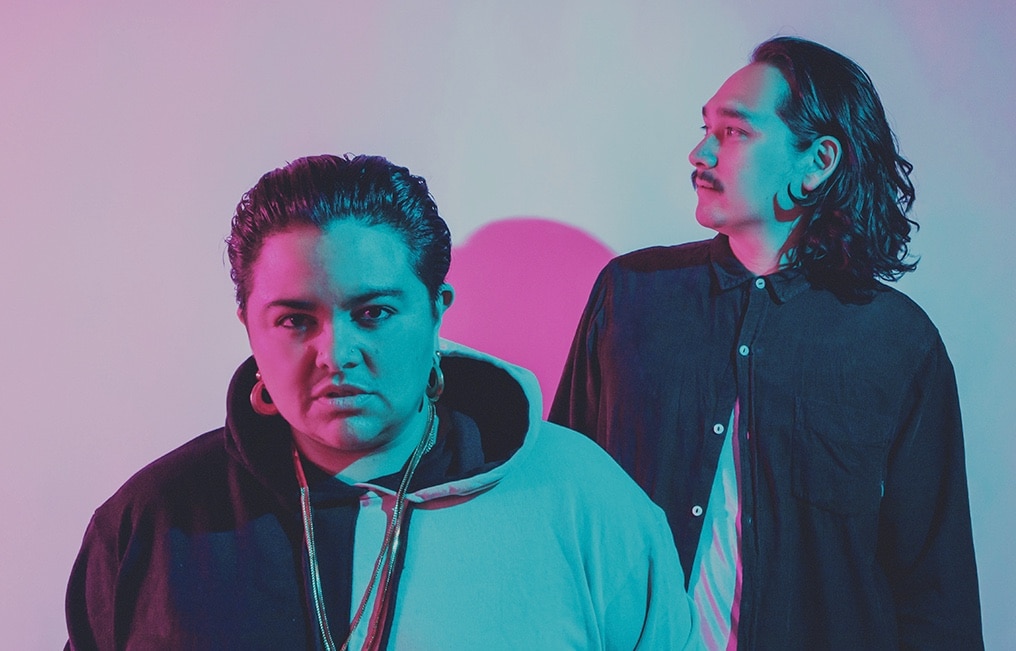 Two of Australia’s most prolific voices in music, Mojo Juju and Joelistics, have teamed up to release their debut collaborative GHOST TOWN EP, out today digitally via The Orchard.

Premiering on Pilerats, the duo have today unveiled the clip to lead single ‘Leave It All Behind’. Dipped in Mojo Juju’s signature poignant storytelling it intimately discusses our relationship with the ghosts of our past –whether memories, past hurts or lost loves – and ultimately invites the listener to let go. Dig a little deeper and there lies a direct response to a darker side of the reception to ‘Native Tongue’ that Mojo Juju faced.

Mojo shares, “Despite all the positivity around the song, there have been times where it’s been hard not to tune
into the haters. There were people who lashed out because were offended or confronted by it. Some people questioned my authenticity and my motivations – like I didn’t have a right to tell my own story. That felt really
toxic.”
Director Paul Van Kan comments, “You ever just feel so overwhelmed, you just get in your car and drive?”…. A
great escape, a break from it all – in a world that is increasing in interconnectedness and decreasing in anonymity is sometimes so hard to find.

Mojo Juju teams up with Joelistics to tell a story of her social and political experience with the music industry, media, and certain social circles following the release of her hit song, ‘Native Tongue’. Mojo’s powerful voice and Joel’s glitchy hypnotic beats lend a perfect canvas to shoot something emotionally meaningful but gritty. We shot the entire music video in 2 nights in the city of Sydney. We really wanted the chance for the scenes to have an Australiana feel.
The duo first joined forces on the inimitable 2018 single ‘Native Tongue’, written and performed by Mojo Juju and produced by Joelistics, an effort that went on to become one of the most profound and vital releases Australia had seen in years. The single would halt the music landscape in its tracks, whiplashing industry, critics and music lovers
alike and bagging accolades including ‘Best Independent Single’ (AIR) and ‘Song Of The Year’ (National indigenous Music Awards).
Moving in to 2019 the pair decided to explore their joint creative itch further. Sharing musical tastes and ideologies would allow both multi-talented artists the perfect environment to cultivate their GHOST TOWN project.
Thematically, the album explores our relationship with ghosts of all forms – whether memories, past hurts, lost loves or that pained feeling that you could have said something better in a moment gone by. Musically, GHOST TOWN speaks to both artists’ influences and strengths, effortlessly weaving through moments of RnB, soul, hip hop and pop.