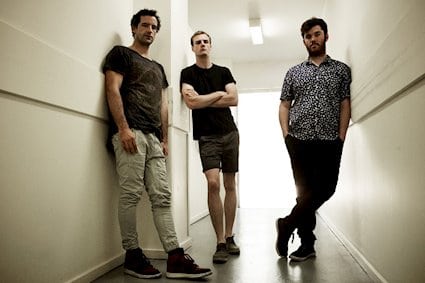 Big guitars, pounding drums, music that will make you put your fist in the air – Melbourne alt-rock trio KOTA are making a splash with Heaving, the first single from their upcoming debut EP Parking in Dark Spaces.

Recorded at Head Gap Studios in Preston, Heaving recounts the band’s late nights, early mornings and all-or-nothing attitude with a party-starting rhythm designed to get the blood pumping. An anthem heavy on distortion, volume and punchy vocals, the track serves as a band biography both in musical and personal terms, detailing both the band’s tumultuous evenings and its personal struggles in a conflicted society.

KOTA takes influence from a variety of grunge legends like Soundgarden, Alice in Chains and The Smashing Pumpkins, while their output on Heaving has also been compared to Aussie rock heroes like You Am I and Grinspoon.

A must-add to any rock or alternative fan’s playlist, KOTA are a band you don’t want to miss.

For Fans Of: Soundgarden | Alice in Chains | The Smashing Pumpkins

The ‘Parking in Dark Spaces’ EP by KOTA will be released 22nd of March.