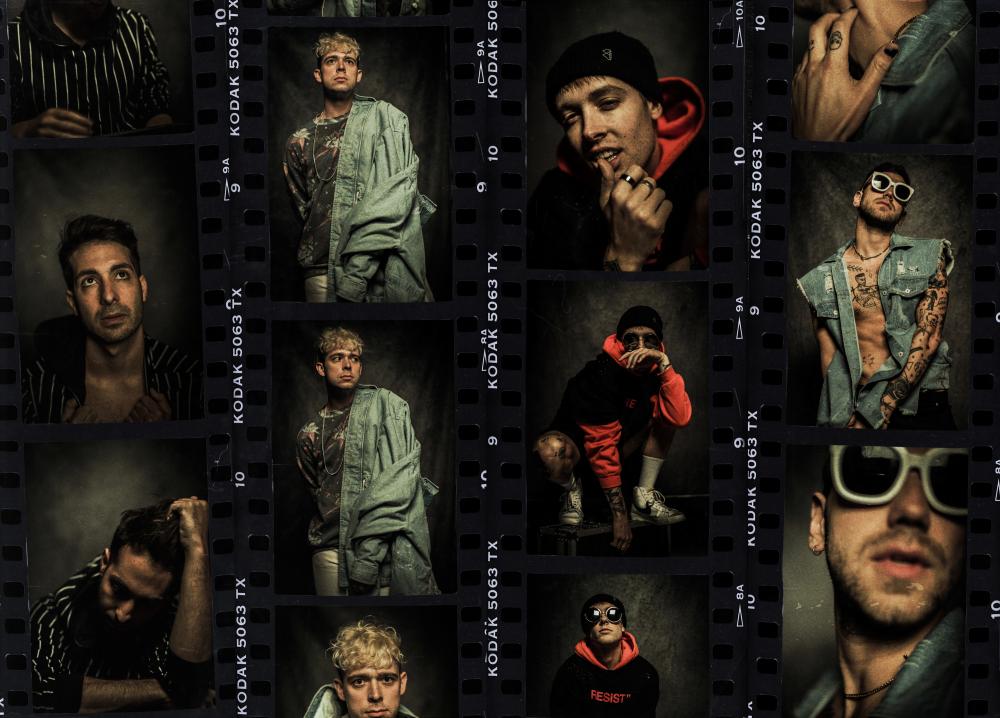 New Fearless Records signing Not A Toy have shared the video for the dreamy and sonically intoxicating jam “Antidote”, watch + listen here.

“‘Antidote’ is about loving someone that is bad for you, or knowing that you are bad for someone,” the band shares.

Not A Toy, who traffic in smooth and swaggy rock, previously shared the video for “J Cash” and the slow banger “Quit Quitting.”

All three tracks will appear on the band’s self-titled debut EP, which arrives August 7 via Fearless Records. It’s available here.

“This EP is a creative summary of the human experience,” Not A Toy says. “It explores the emotional journey we’ve been through over the last few years of writing it. The collective theme of the songs is self questioning; looking inward on how far we’ve come in our self growth.”

Not A Toy can’t be classified as simply a band. Rather, they are a collective of four creatives — Branson Hoog (lead vocals), Jeremy Marmor (guitar), Benji Spoliansky (drums), and TJ Wessel (violin, keys). “Not A Toy is not just a band; it’s a lifestyle of art and creation,” says Hoog. “We’re not the first to combine different genres of music, but we’re also blending other artforms — from streetwear to art shows. We’re a snapshot of this generation’s tattooed youth and bedroom beatmakers. We’re just creating, and there are no rules to creation.”

The members of this collective met in high school and cut their teeth in various projects together before launching Not A Toy in 2020. Operating out of a shared house in Denver, the group’s synergy results from the sum of its parts. Classically trained and on the violin from a young age, Wessel plays a slew of other instruments, adding a variety of textures and production to the sound. Marmor not only rips on guitar, but he also “makes trap beats so quickly it’s ridiculous,” while Spoliansky holds down the groove as the drummer and acts as an “overarching producer.” Meanwhile, Hoog writes the majority of the lyrics and plays guitar and piano. Based on a background in graphic design and painting, he “brings the art to the project.”

Not A Toy’s self-titled EP will be released on Friday August 7 through Fearless Records/Caroline Australia, with new single “Antidote” available now to stream and purchase.