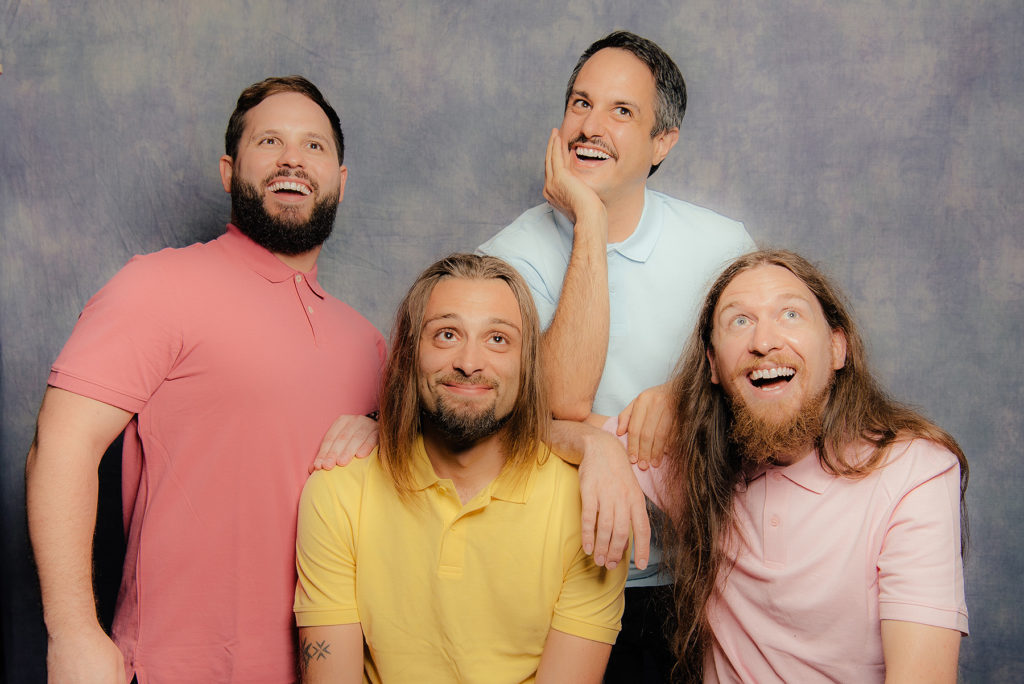 In one of the most hotly anticipated returns since Jon Snow and his curls to Game of Thrones, Brisbane’s favourite prog sons Osaka Punch are starting 2019 off with a roar, kicking ass and taking names with the announcement of their brand new track Hall of Shame officially dropping today.

Marking the first sign of fresh material since 2017’s funked-up How We Operate, newbie Hall of Shamebuilds on the Osaka Punch trademark twist of snarly hooks and devilish djent, resulting in their most assured and ambitious offering yet. Lyrically an anthemic tribute to karmic retribution and the journey the boys have traipsed along the way, the track boasts a siege of scathing riffs, thunderous beats and a dollop of booming sass that seductively rampages its way into the Brissie quartet’s own hall of fame.

With an outrageously busy 2018 touring nationally alongside The Butterfly Effect and Mammal, the gradual metamorphosis of Hall of Shame was nearly as eventful as the end result, as guitarist Chrispy Town explains: “We recorded the song at the same time as How We Operate, and shelved it (but not in the urban dictionary kind of way). After touring for a year it was time to release it, but we felt like it was missing something. It had the heavy aspect we were going for, but none of the quirk we like to inject into our music. Luckily we stumbled upon a funky ball of tits from outer space, squeezed out some funky milk, and drank it with a family pack of Anzac biscuits. We reworked it, re-tracked it, and remixed it, and the result is quite simply 4 minutes of pure Osaka Punch.”

Assembling the all-star team of long-time producer Caleb James and the legendary Forrester Savell(Cog, Karnivool, Dead Letter Circus) on mixing and mastering duties, Hall of Shame leans on the burgeoning foundations of the group’s previous releases while signalling a slinky, sharp and scintillating step forward into confident waters.

And in case new music isn’t enough of a tasty punch to the ears, you can also catch the Osaka lads and their brand new sonic baby in action when they hit the road with alt-rock lords Cog for the Drawn Together Tour coming to a town near you starting next Friday 8th February.

* THE OMNIFIC NOT PLAYING