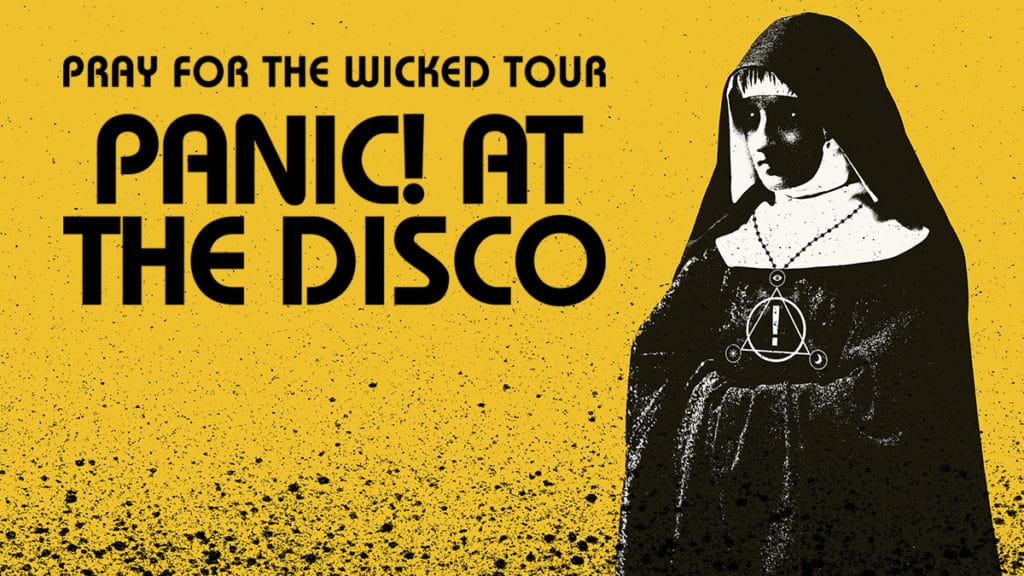 PANIC! AT THE DISCO

Led by frontman Brendon Urie, one and only, two-time Grammy nominees Panic! At The Disco return to Australia in less than a fortnight’s time for their epic Pray For The Wicked World Tour. Tickets are in high demand, with shows in Adelaide, Brisbane and Melbourne already sold out.

In exciting news, Frontier Touring are delighted to confirm a final ticket release for the first pit stop of the tour: Sydney’s Qudos Bank Arena on Saturday 6 October. Meeting fans’ huge demand, due to a production release there are new great seated tickets up for grabs plus a limited amount of general admission. The additional Sydney tickets are on sale now via frontiertouring.com/panicatthedisco.

Adding to the anticipation surrounding the ‘Say Amen (Saturday Night)’ outfit, Frontier Touring is also delighted to announce that prodigious Central Coast, NSW, via South Africa pop songwriter and artist E^ST will join as special guest at all shows.

With her upcoming EP Life Ain’t Always Roses released 26 October (through Warner), E^ST’s (aka 19-yer-old Mel Bester) pop aesthetic is well and truly on the rise. Check the video for current single ‘Alien’; it’s clear E^ST has something innate which sets her apart from her peers: a natural curiosity teamed with a gift for expressing the conflicted emotions of youth in her own distinctive voice.

Relocating to Australia from South Africa when she was a kid, E^ST was first noticed six years ago after she sent an acoustic demo off to Swedish publishing and production powerhouse The Kennel, who were so impressed they flew her over to record in their studio. E^ST has a mastery of sad words and happy music. She won over triple j fans aplenty back in 2015 when she went on to cover The Verve’s ‘Bittersweet Symphony’ for Like A Version, and was more recently chosen by Paper Mag (US) as a “women revolutionising pop” thanks to the strength of the sublime track ‘I Don’t Lack Imagination’.

With their sixth album Pray For The Wicked debuting at #1 in Australia and a catalogue of hits including ‘Say Amen (Saturday Night)’, ‘This Is Gospel’, ‘Emperor’s New Clothes’), ‘High Hopes’, ‘I Write Sins Not Tragedies’, ‘The Ballad of Mona Lisa’, and ‘Nine In The Afternoon’, Panic! are pop-rock royalty.

With final tickets only remaining in Sydney for the Pray For The Wicked tour, and now with E^ST also gracing the stage, there’s not a second to spare – grab your tickets now!