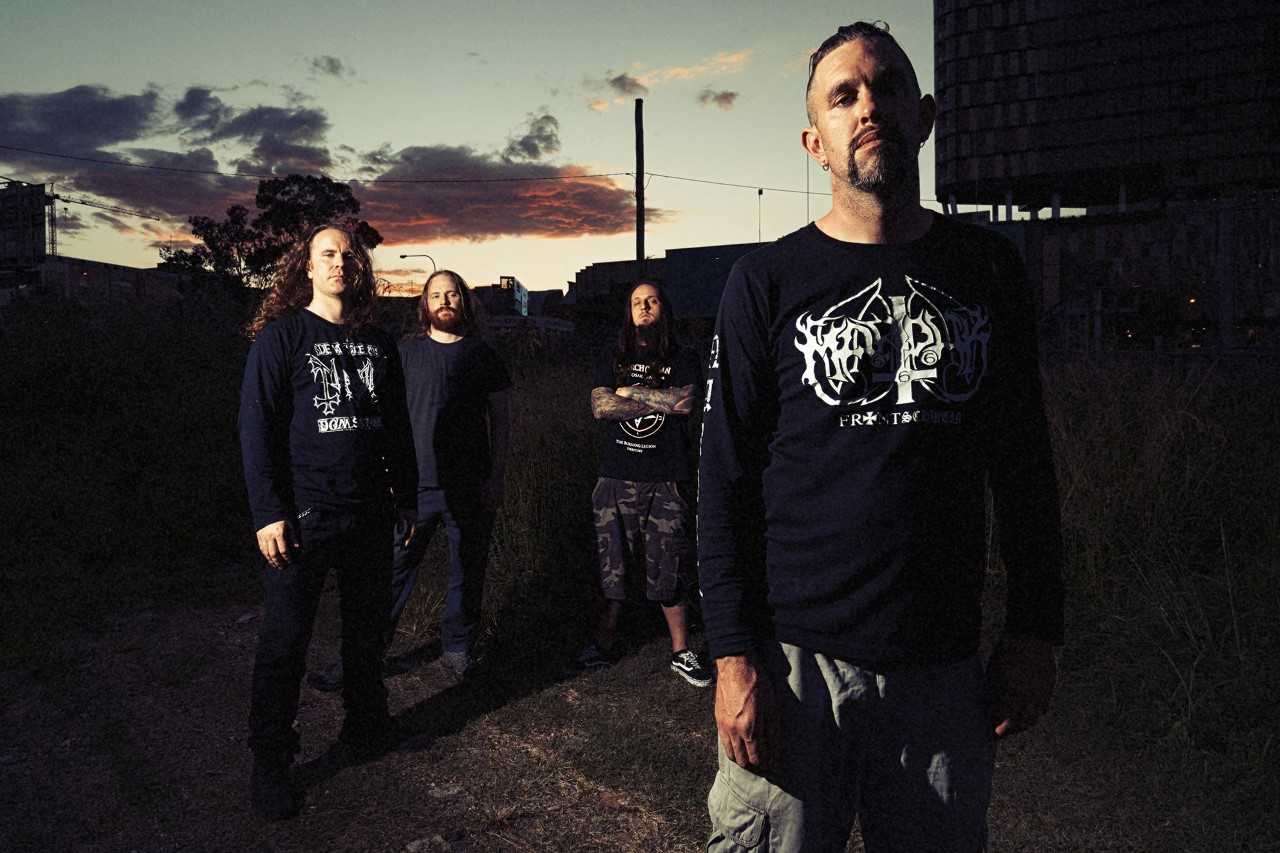 Tasmania is known for two things; the Tasmanian Devil and having produced one of the leaders of the modern death metal scene, Psycroptic. Since their formation in 1999, the band have constantly evolved and broken through the boundaries that the genre can sometimes impose upon itself. With the release of their seventh studio album, As The Kingdom Drowns, an album of riff-filled, technical ecstasy, Psycroptic just may have outdone the devil. Psycroptic will be touring Australia this Nov/Dec:

“It’s always a challenge to continue to evolve as a band, while staying true to the path you’ve chosen to walk on,” notes drummer D. Haley. “With As The Kingdom Drowns we all pushed each other outside of our usual comfort zones, and didn’t settle for the easy way out. I’m super proud of everyone’s hard work and dedication to the project; it turned out to be one hell of a catchy riff filled album.”

Joining Psycroptic on the Australian tour will be Orpheus Omega. Conceived in Melbourne, Australia in 2008, Orpheus Omega has gone on to become one of Australia’s premier Melodic Death Metal acts. Touring rigorously both nationally and abroad, the band has shared the stage with some of the heavy weights of modern metal including Trivium, Children Of Bodom, Dark Tanquillity, Amon Amarth, Soilwork, At The Gates, Insomnium and more.

With their aggressive approach to classic Melodic Death Metal, the band blends catchy hooks and melodies with crushing riffs seamlessly bringing them into a sound of their own as shown from their highly acclaimed 2015 concept album, ‘Partum Vita Mortem’.

TICKETS FOR ALL SHOWS ON SALE AT: http://soundworksdirect.eventbrite.com