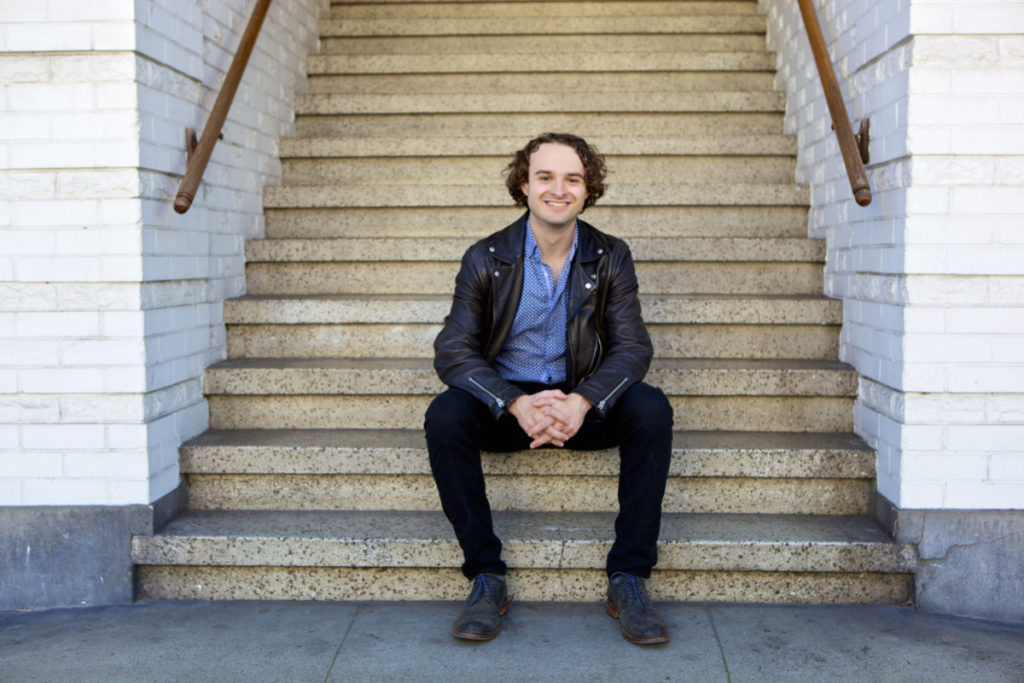 Indie songwriter Rob Jamner has partnered with Indie Band Guru to premiere the narrative-styled video for “Eventually.” The first single off his upcoming EP highlights his dynamic songwriting by shedding light on procrastination and how this avoidance can come back to haunt us.

“Initially I named my characters Kristen and Walter because they rhyme with “fiction” and “daughter,” but as I kept working on the song, they grew into realistic people with deep struggles. The music is fun and the lyrics are full of wordplay, but something sinister lurks beneath the surface.” – Rob Jamner

To draw interest to the EP, Jamner has commissioned five video artists to create short films inspired by his songs. Jamner says, “Instead of traditional music videos that focus on myself and my band, I want our works of art to be in conversation with each other, standing on equal footing.” The “Eventually” video features animation work from artist Jesse Israel to bring the song to life, in which Israel hand drew, colored, and animated every component.Noticing how crucial community is to the artistic process, Jamner feels that creating music is about bringing people together. Raised by a flutist and a pianist in Louisville, Kentucky, Jamner picked up the cello at the age of six and began to forge his own path. Influenced by renowned artists like Simon & Garfunkel, The Shins, and Sondre Lerche, he wrote his first songs at the age of fifteen. He pursued guitar and songwriting with excitement and dedication, graduating from Oberlin College and Conservatory with a degree in Creative Writing.

During his time at Oberlin, he co-founded a songwriter organization, formed a band, and released his first self-produced EP. In every place where Jamner has lived–whether in Louisville, New York, Oberlin, or his current residence of Berkeley, California –he has always looked to support and inspire the artists around him.

As an openly queer person, Jamner thrives on ambiguity. On stage, he feels most comfortable presenting himself with a degree of androgyny. He also plays with expectations in his music: some moments are catchy and cathartic, other moments are surprising and sophisticated, and they all come together to make a singular, distinctive sound.

His upcoming EP was recorded in the legendary San Francisco recording studio, Tiny Telephone, with producer Adam Hirsch and a team of esteemed studio musicians. Keep an eye out as he releases five music videos and singles prior to the ‘Holding Stones’ release on February 22, 2019.For Fans of:The Shins, St. Vincent, Simon & Garfunkel, Sondre Lerche, and Andrew Bird