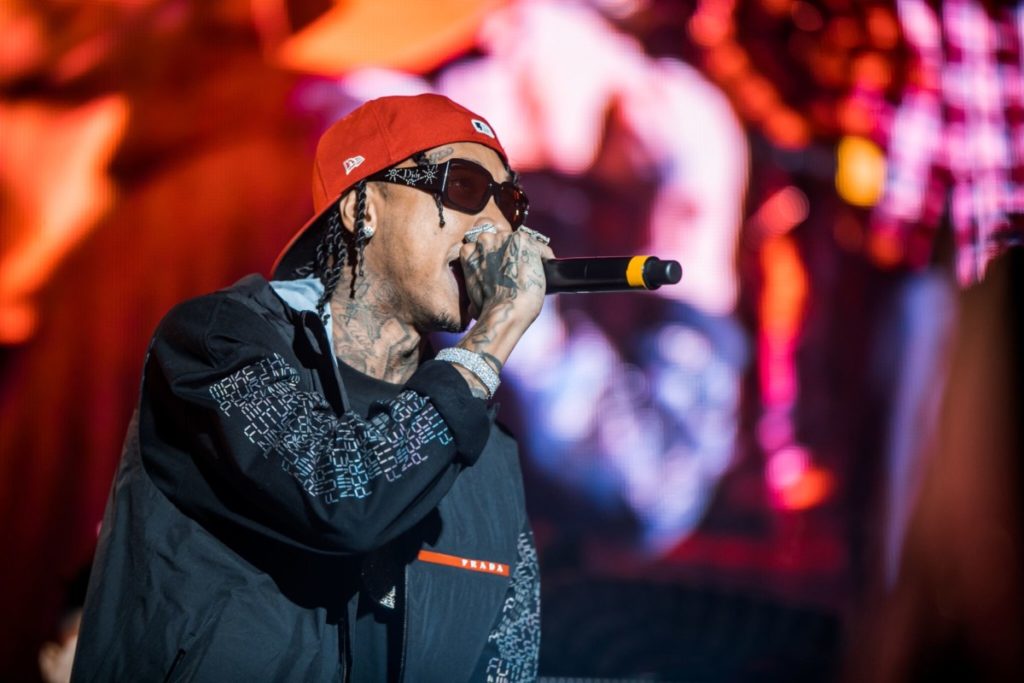 TO FEATURE ON AUSTRALIAN BILL

Rolling Loud, the biggest hip-hop festival in the world, has today announced the first wave of artists to join its first ever Australian bill. Future, LilUzi Vert, Playboi Carti, Tyga, Smokepurpp and Manu Crook$ will perform at Sydney Showgrounds, Olympic Park on Sunday 27 Januaryfor a special one-day hip hop spectacular featuring the hottest artists today. Pre-sale tickets go on sale at 9am tomorrow, before general sale opens at 9am, Friday 16 November via https://events.ticketbooth.com.au/event/rolling-loud-festival

One of the biggest names in the game Future takes the Rolling Loud headline slot. Celebrated for his fluid sing-rap style, Future burst onto the scene in 2010 with a series of ground-breaking mixtapes. His extra-terrestrial debut album Pluto cemented him as one of the foremost sources of rap, while subsequent 2017 releases, Future and Hndrxx, broke multiple Billboard records and made him the first ever artist to have two number one albums in consecutive weeks. By the end of 2017, Future amassed 32 Top Ten hip hop hits as a headliner and featured artist, adding to his Top 20 tally with ‘King’s Dead’, his contribution to the lauded Black Panther soundtrack in 2018.

“Emo-rap” pioneer Lil Uzi Vert continues his rise after going quadruple platinum last year with XO Tour LliF3. Climbing onto the Billbaord Hot 100 with his debut single ‘Money Longer’, his mixtape release Lil Uzi Vert vs. The World went onto debut at number 37 and was certified gold. ‘Bad and Boujee’, a collaboration with rap trio Migos in 2016, scored Lil Uzi Vert his first number one, while his debut studio album Luv is Rage 2debuted at the top spot and went platinum.

Playing for the very first time in Australia, Playboi Carti released his acclaimed self-tiled mixtape in April 2017 reaching number 12 on the Billboard 200. Currently signed to A$AP Mob’s AWGE and Interscope Records, his debut studio album Die Lit was launched in May of this year and peaked third on the Billboard 200. His new album is poised to drop at any second.

Grammy nominated American rapper, Tyga, has always been a force to be reckoned with but never more so than this year. He first made a name for himself with his debut mixtape, Young On Probation in 2007, followed by his first independent album No Introduction in 2009. His second studio album Careless World: Rise of the Last King caught the attention of music critics and scored a place in the Billboard Hot 100. ‘Taste’, his collaboration with Offset, is a certified club banger and subsequent singles ‘Dip’ and ‘Swish’ raced up the charts.

Chicago-born, Miami-raised rapper and producer Smokepurpp has been one of the cornerstones of Florida’s burgeoning rap scene since the release of his Ski Mask’ video in 2015. The buzz from the video culminated in a record deal with Alamo/Interscope Records and Travis Scott’s Cactus Jack Records and his debut release, Deadstar, spawned the gold-certified single ‘Audi’. Smokepurpp’s 2018 collaboration with Lil Pump, ‘Nephew’ amassed over 100M streams across all platforms.

Raised in Ghana and based in Sydney, Manu Crook$ is one of the key players redefining the local hip hop scene. With raw lyricism and seamless flow, his breakout single ‘Everyday’ scored radio plays around the world, while follow-up ‘Assumptions’ was spun by Beats 1 Radio’s Zane Lowe. His latest release ‘Blowing Up’ is an effortlessly mellow collaboration with fellow local Dopamine and rapper Miracle.

ABOUT ROLLING LOUD AND HSU EVENTS

Since launching in Miami in 2015, Rolling Loud has expanded to Los Angeles and San Francisco and featured some of the biggest names in the game including Kendrick Lamar, Lil Wayne, Post Malone, Migos, Cardi B and A$AP Rocky. Rolling Loud Australia will be the very first time the show has taken place outside of the Northern Hemisphere.

Founders Matt Zingler and Tariq Cherif said: “We started Rolling Loud to give hip-hop fans across the world easier access to the biggest names in the game and being able to bring this calibre of artist to Australia to perform exclusively at our very first show is amazing.”

Rolling Loud is brought to Australia by local production and events company, HSU Events. Since starting as a Sydney club night in 2009, HSU Events has stepped up to produce the highest quality festivals with international line-up playing to thousands of ravers from around the country. HSU will bring their impressive world-class production to the Rolling Loud event, creating a truly unique and not to be missed hip hop experience.

Pete Finley, co-founder of HSU Events, said: “There’s no question that Rolling Loud has become the biggest festival brand in rap and its move to Australia only secures their bid for global domination. We have a huge amount of respect for what Matt and Tariq have created and cannot wait to bring it to Australian audiences this summer.”

More artists will be announced soon.