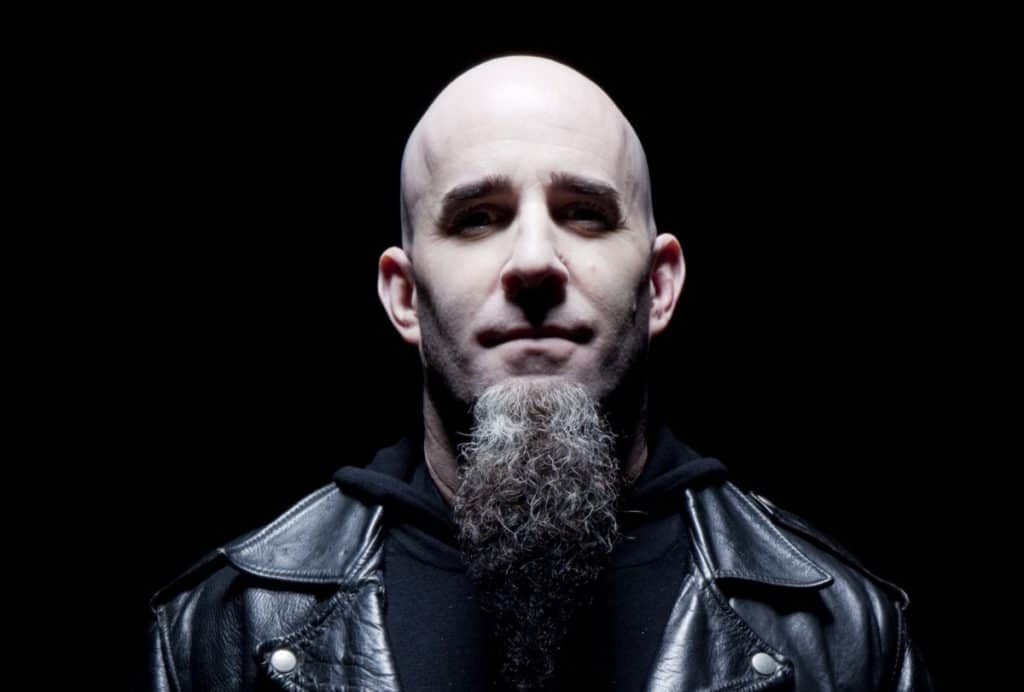 This is the story of a Jewish kid from Queens who started a heavy metal band…Thrash Metal inventor, metal/rap cross over initiator, non fiction & comic book author, horror movie expert, TV star, son-in-law to Meat Loaf… shall we go on?

One of the metal worlds most recognisable, praised and iconic figures, Scott Ian, will be in Australia for a series of spoken word events this September! The co-founding rhythm guitarist of ‘Big 4’ legends Anthrax practically invented Thrash Metal and in a career spanning nearly four decades remains as vital as ever.

Now, fans can hear and see Scott on stage in an entirely different way, behind a mike, telling wildly entertaining road stories about the people he has met, crazy experiences he has had and all the mischief, shenanigans and back stage antics he and his peers have gotten into over the past 38 years of touring the world!

In Scott’s own words, “One Man Riot is what I call my talking show because the pretension of saying I am doing a ‘Spoken Word’ show is too much to bear. This isn’t a poetry reading. This isn’t an evening of sensitive discourse. It’s an evening of ridiculous truth.
It’s me talking (swearing) about this insane life I’ve led over the last 38 years, the people I’ve met and the shit that’s happened. And when I’m done swearing, you can ask me anything you want, the floor is yours.  Cheers my friends.”

Bursting onto the scene in 1984 with Fistful Of Metal, Scott and Anthrax have sold over 10 million albums, receiving multiple Gold and Platinum awards, been nominated for a bunch of Grammy’s and continue to write career besting albums to this day! 2016’s For All Kings debuted in the US Billboard Top 200 at number 9 and the worldwide charts at number 8!  While widely known as the face of Anthrax, Scott is also a constant and extremely recognizable figure in the worlds of horror, comics, movies and television.

What does Scott get up to? Well…. In the early 90’s it was Scott’s idea to cover Public Enemy’sBring The Noise which brought the two worlds of rap and metal together like never before and saw Chuck D, Flavor Flav and the rest of PE touring the world with Anthrax,  kicking the asses of expectations and stereotypes everywhere they went. Scott also takes no credit good or bad for any musical genre that came after… Scott hosted the Rock Show on VH1 for a year and got to interview Ozzy Osbourne while dressed as Gene Simmons for Halloween.

That went well. In 2009 Scott wrote Lobo: Highway To Hell for DC Comics and wrote his second series for DC featuring The Demon which is being scheduled for release. Scott and Anthrax are part of the iconic ‘Big 4’ metal bands alongside Metallica, Slayer and Megadeth. Scott had the highlight of his career in Anthrax when The Big 4 played Yankee Stadium in NYC on Sept 14, 2011.

That day was also officially proclaimed Anthrax Day in the Bronx. Suck that everyone in high school. Scottʼs autobiography Iʼm The Man The Story of That Guy from Anthrax was released October 14, 2014, and with all modesty, it got great reviews everywhere! Even the New York Times book reviewer liked it. You should read it.

Scottʼs second book Access All Areas – Stories From A Hard Rock Life was released in December of 2017. The book is comprised of twenty-three ridiculous stories from Scottʼs life. If you hate laughing, this book is not for you.

Scott has taken his stories on the road doing Spoken Word tours of the U.S., Canada, the U.K. & Europe to critical acclaim. More importantly, the people that paid to see the shows really liked them. Scott hosts the horror FX show Bloodworks for the Nerdist Channel. Scott got to be a walker on season 5 episode 12 of The Walking Dead attacking Rick Grimes until he got a metal pole through the head by Rickʼs son Carl.

For the new season of Bloodworks, Scott recently filmed an episode from the set of  Game of Thrones. Now he can retire. Scott is also happily married to Pearl Aday, daughter of Meat Loaf and they are in a band together called Motor Sister. Scott and Anthrax are currently on the Slayer farewell tour in the U.S. Scott hopes this farewell tour lasts about ten years.