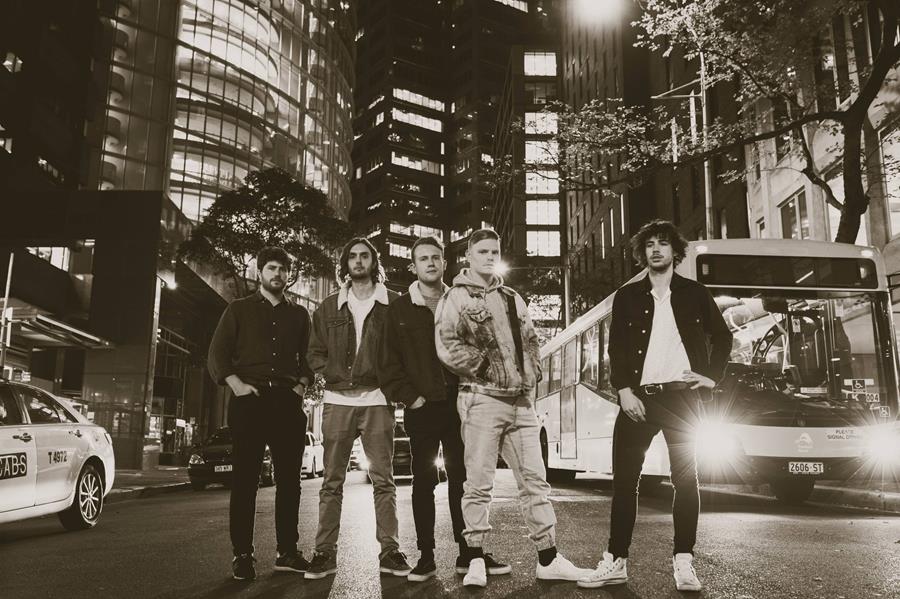 Less than a year after forming, The Phazes unleashed their 2016 debut EP Holiday to a rapturous response. Over the following 12 months the band produced two highly acclaimed singles – Sunflower Bean and Revolver – cementing them beyond question as one of Australia’s most exciting new bands. Now a seasoned live act with over 100 shows under their belt, The Phazes have emerged from the studio with their stunning single Jenny from their forthcoming Manners EP – an explosive, fun romp that further establishes the band as gun songwriters.

Based in Sydney’s famed northern beaches, The Phazes bring a unique, summery twist to what would be more traditionally a New York rock sound. Produced by Birds Of Tokyo’s Ian Berney and led by the elegantly smooth voice of Hayden Byrnes, The Phazes deliver the quintessential banquet of searing riffs, stomping beats and huge, sing-along vocal hooks.

Already, The Phazes have been swathed in glowing reviews, praising everything from the technical aspects of their thoughtfully-written songs, to the intangibles: that inexplicable magic we all know as ‘vibe’.  The band’s triple j Unearthed page is a veritable constellation of four and five star reviews, with the unanimous consent being that The Phazes have that extra special something, and have it in spades.

Needless to say, this has translated to the band receiving generous (but deserved) airplay on Australia’s finest radio stations. Knowing to strike while the iron is hot, The Phazes are already working towards their next recording as they continue to push themselves as songwriters – constantly upping the ante as a world class touring act.

The first of the fold to get its own spotlight is Jenny, a song deliberately intended to break the mould of modern rock. Groove-laden and fluid, Jenny dances the line between melancholic lament and joyous dance floor burner. Juxtaposing personal, revealing lyrics with proper pop hooks, Jenny is both an ode and a signature tune.