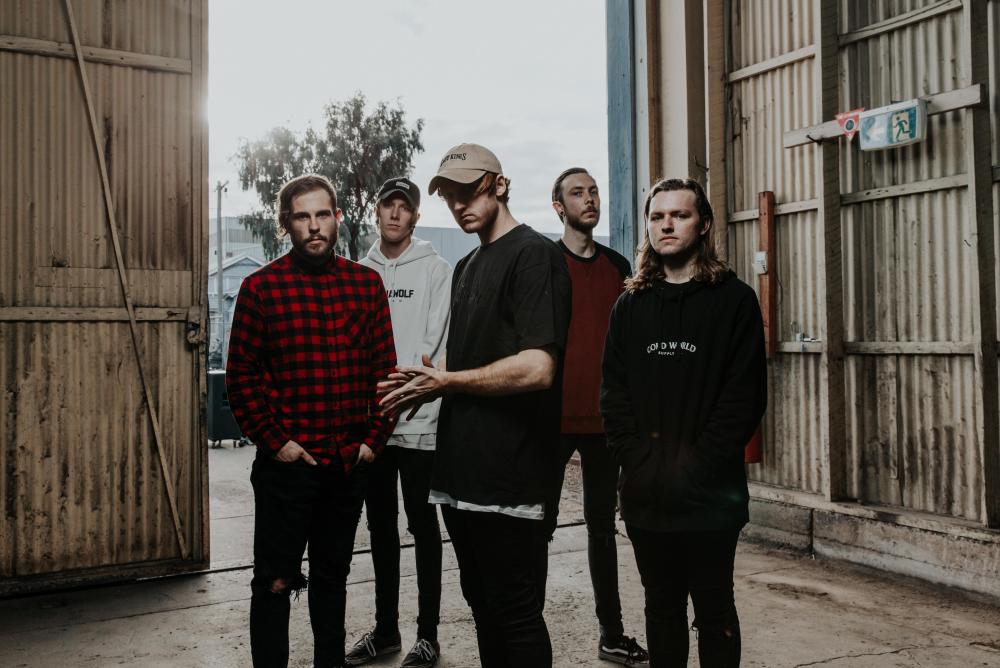 Tapestry is rounding out a massive 2018 with a video for their single Love//Deception. Earlier this year on Friday March 30, the NT’s premier melodic hardcore outfit, released ‘Ghost of Me’. This single and video is their way of tying a bow on this amazing year they have had. Their single Dark Shade from the EP can be voted on in triple j’s Hottest 100 of 2018.The single will be live as a new single package on iTunes, Apple Music and Spotify from Friday 14th December. Tom Devine-Harrison, vocalist for the band said that “Love/Deception is about how my infatuation for a person blinded me to their true feelings towards me. I gave my everything and I didn’t receive it in return. I would’ve gone to the ends of the earth for this person and even though they told me everything was fine and that they loved me, this was not the case. This broke me and this person then became the most despised thing in my life. When it ended, my eyes were opened and my hate was fuelled by the fabricated love I put so much of myself in to.“Earlier in 2018, Tapestry embarked on Polaris‘ entirely Sold out Mortal Coil album tour along with other supports The Plot In You & Ambleside, and connected further with the industry, signing for management and bookings with Gabriel Caques of Backbone Bookings. Devine-Harrison went on to say that “Amongst releasing our sophomore EP and taking part in Polaris’s successful ‘The Mortal Coil’ tour. 2018 has been a huge year for us. We’ve accomplished a lot of things we’ve dreamed about doing for years and tackled a lot of the milestones we set for ourselves. We’re super eager to see what 2019 has in store for us! We have huge plans for next year that we can’t wait to get into.” 2018 was the year that Australian Music Media really jumped on board with Tapestry, with Triple M Homegrown presenter Jane Gazzo naming them “ones to watch in 2018” and triple j presenters Bridget Hustwaite, Dave Ruby Howe and Declan Byrne all praised previous single Dark Shade with four-star reviews on triple j unearthed. Declan Byrne said that single Ghost was “…another sick slice of metal with that melodic emo tinge. the tapestry sledgehammer gains a few more victims.” Their EP Ghost of Me won them a massive amount of love among Australia’s music media in 2018 and speaks of naught but that the band is to be the next big thing. According to Spotify, their songs were streamed a total of 283,000 times – equivalent to 17,000 hours or 283 days. Depth Mag said that “Tapestry are masterfully winning us over in feeling what is being shared. This is the recipe of a great band, and powerful music.”Behind The Scene predicted that ” This is a band that will make plenty of waves in the local music scene this year and they completely deserve it considering the quality of talent seen on this EP. “Ghost of Me” is a contender for release of the year…” Hysteria Mag said that single Love//Deception “…is a wretched sadboi anthem that needs to make its way into a Daily Mix next to Casey and The Plot in You.” The Love//Deception single package drops on all good online stores and streaming outlets Friday 14th December. Their 2018 EP Ghost of Me is available now.