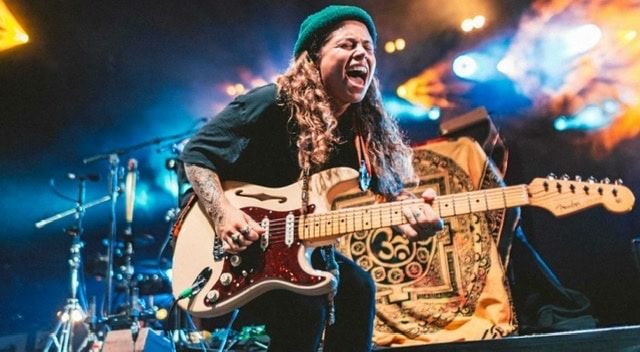 In the midst of the current bushfire crisis, a huge benefit concert featuring some of our country’s biggest artists has been announced to raise funds for severely effected communities and organisations around Australia.

“Down To Earth – A Fire And Climate Relief Concert” will see the likes of Gang Of Youths, Tash Sultana, Angus and Julia Stone and Thelma Plum join forces for a mammoth show at Melbourne’s Sidney Myer Music Bowl on Wednesday February 26. Other artists set to perform at the event include Briggs, Jack River and Ruby Fields, making for one rather large lineup to face an incredibly dire climate emergency.

In a group statement released to promote the event, the aforementioned artists claim that “collectively, our hearts go out to the families who have lost loved ones, the firies who have put their lives on the line and continue to, and the communities across Australia suffering. We hope to give you the greatest thing we can in this time of great need – our voices and our songs.”

Check out all the dates and details below. All of the profits from the monster event are set to go towards a range of organisations assisting in fire relief efforts, including WIRES, Red Cross, Firesticks and Emergency Leaders for Climate Action, so if you’re worried about ticketing costs, you can sleep sound knowing that it’s all for a good cause.

Tickets on sale 10am Thursday January 9 via Ticketek.