News: THE BUCKLEYS ARE COMIN’ FOR YA (LOVE)r 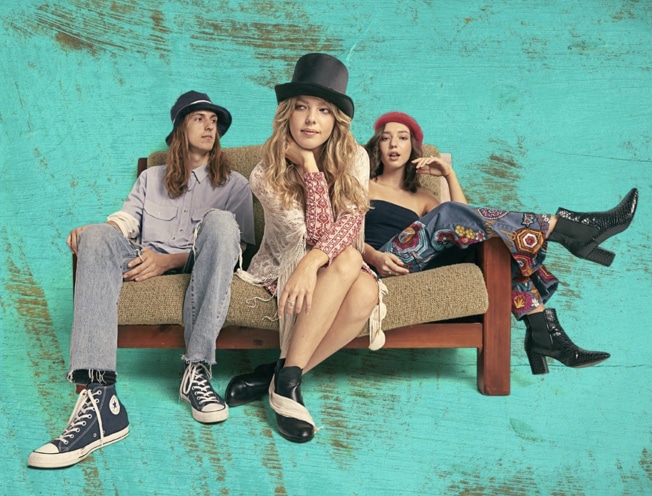 From nowhere to somewhere in just 6 months!

The Buckleys are the band to watch in 2020

Following The Buckleys stunning debut single reaching # 1 on the Australian country radio charts and added across Smooth FM, Petrol Records / Universal release the band’s 2nd single, “I’m Comin’ For Ya (Love)” today alongside the video shot in the Northern Rivers.

“This song is really about having a positive and optimistic attitude toward life…..the inspiration came from learning that almost every negative can be turned into a positive if you choose to look at it that way.   And that’s how we like to look at the world! It’s hopeful and it’s fun.” Said, Sarah Buckley.

The teenage trio have firmly made their mark on the Australian music scene in just 6 months.  The unknown band from Byron Bay were discovered by record company mogul, C M Murphy earlier this year and have gone on to achieve a number 1 record with their debut single, Daydream on the Australian country radio charts and celebrated their first Golden Guitar nomination in the ‘Best New Talent’ category recently.

“It’s unbelievable to think we’ve grown up coming to Tamworth, being so inspired by musicians and songwriters we started busking on Peel Street back in 2011. Molly was 9, Lachlan was 10 and I was 12.

This is a dream come true, thank you to our Mum and Dad and everyone who has helped us along the way. Chris Murphy and the team at Petrol Records / Universal Music – it is an honour and exciting to work with you. Also, thank you Dan Biddle for helping introduce us to the right people. A very special thanks to our Nashville family who have been so supportive over the past 3 years. It’s a 100% Daydream. We love you Australia!” Said,Sarah Buckley

The Buckleys have been making waves through Australia the USA and recently announced their signing to LA based agent, Randy Salcedo and have been in Nashville recording their debut album.

“I’m saying this in print – Sarah Buckley will be one of the greatest songwriters to come out of Australia. Ever!”  Says, Murphy

On their Golden Guitar nomination, he added “who needs a talent quest TV show to be discovered when you have real talent… The upcoming documentary Meet The Buckleysdiscloses the extent of their talent to the world.”

“I’m Comin’ For Ya’ (Love)” is released today to Australian radio and all DSPs.

The Buckleys are available for interview opportunities, please contact:

The Buckleys (Sarah, Lachlan and Molly Buckley) are a teenage sibling trio from Byron Bay, Australia. At only 19, 18 and 16 years old they have co-written songs with numerous industry leaders and GRAMMY Award nominees/winners, including Emily Shackelton (recent winner of BMI song of the year), Marty Dodson (hits for Carrie Underwood, Kenny Chesney and Joe Cocker), Jennifer Hanson (Let me down easy by Billy Currington and Leave the pieces by The Wreckers), Lynn Langham (who worked on the Grammy-winning Jonny Cash album) and Chad Carlson (Grammy award-winning engineer for Taylor Swift).