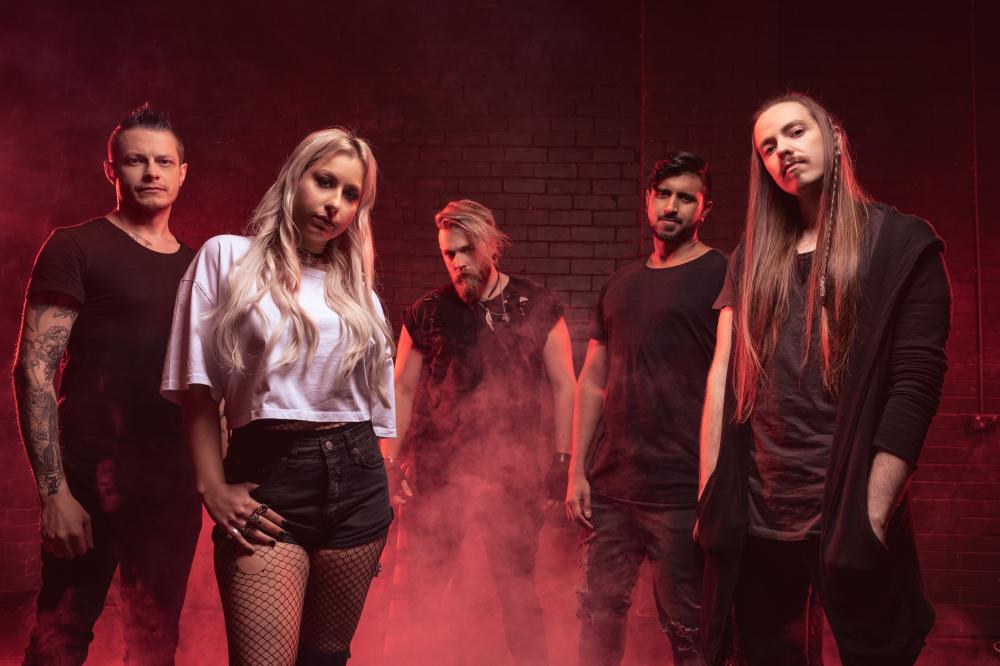 The Last Martyr are Melbourne’s newest melodic metal sensation. Their debut single, ‘Into The Black’ was released late July 2018 via HEAVY Magazine – and now they return with a brand new single ‘Stay Awake’ – and the announcement of their debut EP. The EP, which shares the name of that first single will be released on Friday February 1 2019 into all good online stores and streaming outlets. Pre-Orders for the EP will be live in digital stores soon and the ‘Stay Awake’ single will be live for streaming and purchase Friday November 16.

‘Stay Awake’ is the second single from their forthcoming EP and incorporates subtle synth elements whilst still encompassing The Last Martyr’s heavy, yet catchy ideals. Monica Strut, vocalist for the heavy outfit, said that “The song speaks of the doubts we all face in pursuit of our goals and in particular, the inner battle we have with ourselves often right before that goal is achieved, when we feel like giving up because we can’t see what lies ahead.” The ‘Into The Black’ EP was Mixed and mastered by Ted Furuhashi of Melbourne’s Circles.

Vocalist Monica Strut continued about the new track “Stay Awake is about the moment, right before you hit a massive goal – where you consider giving up.  For me, most of the lyrics were written right before I found my now bandmates. I was trying to convince myself to hang in a little longer and keep my game face on. I believe when this happens, it’s the universe’s way of testing us to see how bad we want something.”

The first single ‘Into The Black’ saw the band achieve national radio play on triple j and The Faction, as well as abroad in the US and UK within the first week of the song’s release.  Since then, ‘Into The Black’ has been streamed tens of thousands of times across all platforms.

Music Feeds said that the single ‘Into The Black’ is “powered by thundering beats, dark, schizoid riffage and the powerhouse dual clean/scream assault vocals of front-dudette Monica Strut” and Depth Magazine said that the first single “…features some very promising signs. The instrumentals are very impressive, with the guitars manically twisting and turning around each other through the verses. Purring and ripping through the song, they are your salvation from the darkness, as combined with the bass they project the intended mood of the song into your very soul.”

The ‘Into The Black’ EP will see its release on Friday February 1 2019 and will be available for pre-orders soon and single ‘Stay Awake’ will be live for purchase and streaming Friday November 16. For more information about The Last Martyr, go to facebook.com/thelastmartyr.