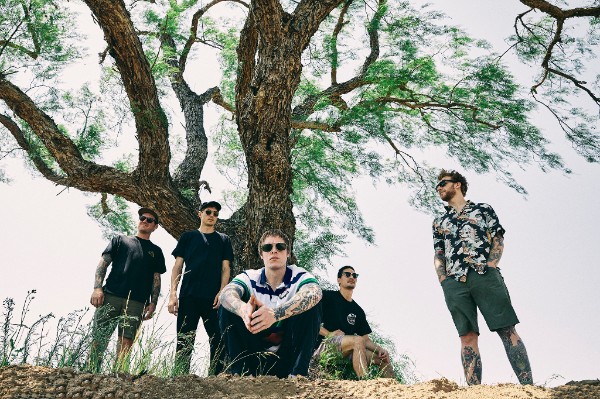 Pure Noise Record sand West Coast rock band The Story So Far are thrilled to announce the release of the band’s new album, Proper Dose out now. The album delivers a powerful,11-song statement of purpose. Proper Dose is the first studio album released by the band since May of 2015.

A lot can happen in three years, and for The Story So Far, a whole lot did. After the release of their third, self-titled album in 2015, the band’s routine writing, recording, and touring had caught up with them. “We were so burnt from touring, and playing the same songs over and over again,” says Parker Cannon, the band’s vocalist and lyricist, “We knew we had to take a step back and collect ourselves.” By taking that time to recharge, The Story So Far were able to look at themselves with fresh eyes and newfound creative ambitions, returning with their most cohesive and confident record to date.

Out now on Pure Noise Records / Sony Music Australia, Proper Dose shows just how much The Story So Far have grown as both people and musicians. They take bold creative leaps, finally making the record that they’d always wanted to. “This one, all the way through, I just think it’s leaps and bounds ahead of anything we’ve ever done,” says Cannon.
As is the case with every The Story So Far album, guitarist Kevin Geyer and drummer Ryan Torf shepherded the creative direction. “We didn’t really have a deadline,” says Geyer, “And the biggest enabler of us getting the record to where we wanted it was having time to work on it.” Over the course of a full year, Geyer and Torf shaped the songs that would become the backbone of Proper Dose, often starting them on instruments like the wurlitzer or synthesizer before bringing them to the rest of the band.
Holing up with producer and engineer Sam Pura, The Story So Far spent just as much time reworking the songs on Proper Dose as they did writing them. “Since our last record, we’ve all collectively really gotten into The Beatles,” says Geyer. “It’s not like we’re trying to sound like The Beatles, but it just gives you a crash course in songwriting and how you can experiment but retain your identity.”Proper Dose makes full use of those influences, allowing the band to push themselves to into new spaces while bringing their fans up to speed on everything that’s happened in the past three years.

Cannon says the question the band kept asking themselves while making the album was, “How do we stay the same but get better?” The answer was found by never settling, opting instead to push the songs into spaces that felt exciting and new. “It was a challenging process,” says Torf, “But it was a very rewarding process.” The culmination of that effort can be heard in songs like “Take Me As You Please”and “Let It Go,” where The Story So Far builds orante pop songs that retain the energy and urgency of their early work.

Aided by the mixing of Eric Valentine, who has worked with bands like Third Eye Blind, Queens Of The Stone Age, and countless others, Proper Dose became a cohesive album by effectively uniting the band’s past with their present. Cannon’s voice remains anthemic, but his range has expanded along with the band’s sonic palette. Geyer and guitarist Will Levy compose parts that are nuanced and evocative, allowing the the rhythm section of Torf and bassist Kelen Capener to wander more than ever before. Using a diverse set of reference points, the songs explore new directions, be it the Oasis-indebted “Upside Down” or the electronic-flecked “Line.”

At its core, Proper Dose is about finding balance between the person you were and the person you wish to be, and it shows the band working to bridge that gap. It’s a brave record, the kind that sees The Story So Far showing their fans just how far they’ve come and inviting them to go on the journey with them.