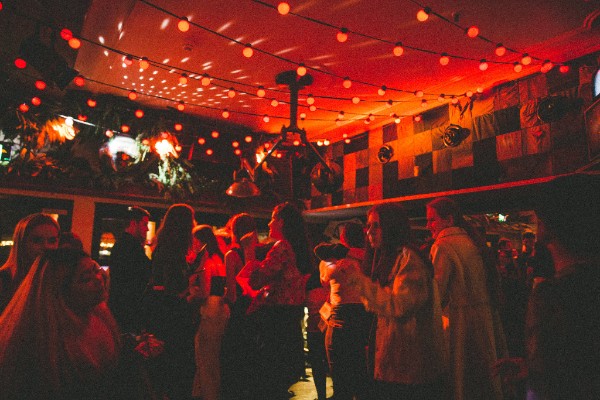 Sydney nightlife icon The World Bar is delighted to announce the city’s newest late-night party spot, teaming up with groove purveyors Motorik to elevate Kings Cross to euphoric new heights every Saturday night as the new home of Ricardo’s. Joining the recently-launched weekly live-music Friday night Otto’s House Party, The World Bar has refreshed its weekly program to re-ignite the local cultural scene, delivering the country’s best emerging and revered artists to the city and somewhere to dance into the early hours.

Resurrecting on Saturday July 7, the High Priest of Celebration returns to unite ravers and late-night groovers on the dance-floor. A temple of love and pure party excellence, Ricardo’s sees the freshest producers and selectors from across Australia and around the globe on the decks, forming an oasis of party-techno, disco delights and choice hip-hop cuts, including esteemed residents CSMNT61, Francis Xavier, Vivi and Neon Ivy.

The inaugural month of Ricardo’s at The World Bar launches with Australian electronic music scene mainstay Simon Caldwell at the helm, renowned for his marathon underground sets varying from deep house, funk and techno to everything in-between. ForLife will bring their lush, joyous and immersive soundscapes to the venue on July 14, plus McLean & Mai to round out a huge month of dance vibes on July 28, with their stark, pumping, minimal tech.

Back for another month of live music showcases and indie-dance jams, Otto’s House Party kicks off on Friday July 6 with a raucous, reckless night in featuring DIY punk trio SCABZ playing the hometown leg of their Starting Line tour, followed by folk-pop project The Dandelion and garage outfit Rosa Maria in a double-headline bill for a special ‘Friday the 13th SPOOKTACULAR’. The fuzz-drenched jangles of Space Carbonara will resonate through The World Bar on July 20, while experimental noise duo Party Dozenperform their unique improv-based punk on July 27.

Over the last 18 years, Kings Cross stalwart The World Bar has thrown some of Sydney’s most renowned club nights and live music events. The venue’s rich history includes infamous sets featuring Australia’s highly-regarded electronic artists from Ajax to Flume, Alison Wonderland and Nina Las Vegas, plus unforgettable live performances including DZ Deathrays, Gang of Youths and King Gizzard and the Lizard Wizard, who helped pave the way for a seminal period in Sydney’s live music and nightlife timeline.

The World Bar is strictly an 18+ venue, with ID scanners in use after 9pm.