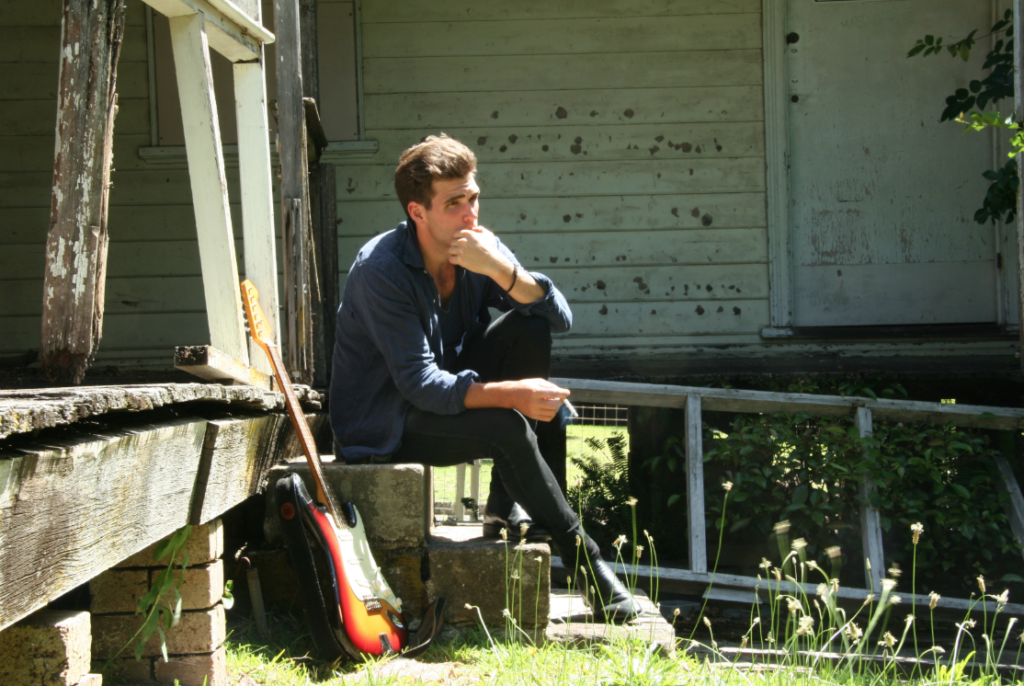 Troubadour Thomas Keating has today announced his introverted new single Today I’m Staying Home, a comforting ode to self-care during times of stress and uncertainty, out February 1. Thomas has also announced a lovely clip to accompany the track, filmed during the recording process of the single, offering rare insight into the private world of an artist in the studio. Thomas will be celebrating the release of the single with launch gigs in Sydney at The Newsagency on February 8, and Melbourne at Red Betty on February 9.

As vulnerable and open as a diary entry, Today I’m Staying Home is musically reminiscent of Matt Corby’s acoustic textures, or even Vance Joy’s vivid lyrical imagery – yet Thomas still manages to craft a world that’s completely his own. Gentle guitar pulses atop a bed of driving percussion, as Thomas’ one-of-a-kind vocals take centrestage. Thrilled to be releasing this special track, Thomas explains the inspiration behind the track, “Today I’m Staying Home is inspired by one of those mornings where you wake up with the ‘f*ck its’, and you decide instead of leaving your bed or home to face your life and all the responsibilities that come with being an adult in this world, you just stay in. I’ve always struggled with bouts of depression and anxiety around the uncertainties and pressures of everyday life, and I guess at the time I wrote the song I was going through such a phase. I think it’s important to remember that at times it’s okay just to feel like shit – it’s okay to put your hand up and say ‘I’m not dealing with this very well. I need help’. Mental health is extremely self-alienating, and I’d like to think that we are moving past the stigma of shame that has hung around such ailments for far too long.”

The clip for Today I’m Staying Home feels like a private performance, straight from the artist to the listener. The studio is warm, and there’s something refreshing about seeing Thomas is his element, skillfully and candidly playing guitar, singing the track and listening back to his work. Describing the reason for the studio-centric clip, Thomas explains, “I’ve always struggled with being comfortable shooting typical music videos, you know, pretending to sing into the camera as the song plays, for example. So we just decided to bring the cameras and lighting into the recording sessions, and my friend Kieran Gilfeather shot and directed it for us over a couple of days. He followed the band and myself around the studio as we put the song together, so the clip is real – what you are seeing is actual takes of us putting the song down. It was such a comfortable way to make a video.”

In light of the new single, Thomas is set to wow audiences with two very special, very intimate shows in February. “I’ve worked really hard on the live show this year and I’m really happy with where it’s at,” enthuses Thomas. “From a young age I was really inspired by the type of guitar playing made popular by Chet Atkins, Tommy Emmanuel and Mark Knopfler…I like to do solo sets and also playing with the band. Both have their challenges. A lot of time and effort goes into creating even just one song, so having the opportunity to share your efforts with others is really something special. It feels fantastic to be releasing new music.”