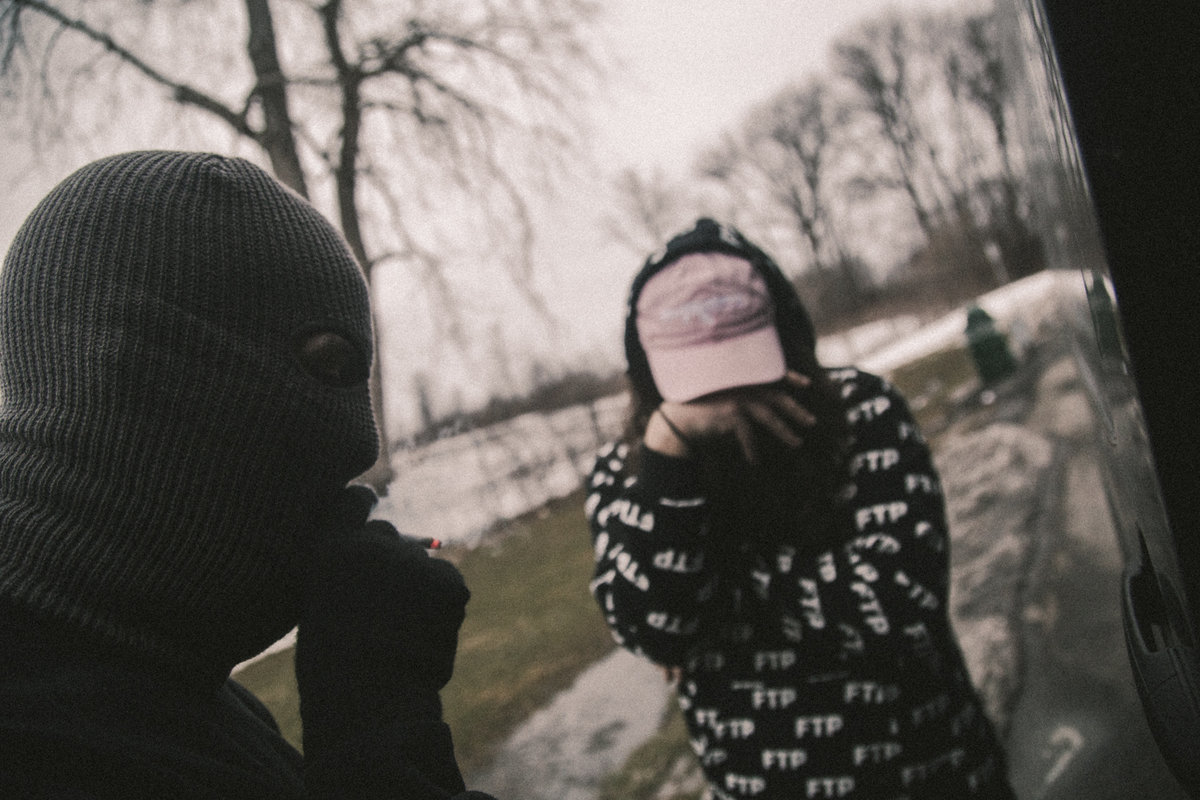 $uicideboy$ announce the release of a new album, ‘I Want To Die In New Orleans’, on September 7th via G*59 Records / Caroline Australia. Alongside the announcement, $uicideboy$ have also shared one of its tracks, ‘Carrollton’.

$uicideboy$ make the kind of music parents just don’t get – a point that the Beastie Boys’ Mike D recently brought home when he told Vulture, “It was weird to me that I wasn’t hearing things that my kids related to that I couldn’t embrace. When they did hit on something, I was like, Finally! When they started listening to $uicideboy$ I was like, ‘That’s it. That checks the boxes. It’s really loud, I can’t really relate, I don’t really want to listen to it. I understand exactly why it’s good and I see exactly the music it’s combining, but I don’t need to participate and I’m good with that.’”

The duo – founded by $crim and his cousin, Ruby da Cherry, in 2014 – is from Louisiana’s Seventh Ward, a violent, neglected, crime-ridden section of New Orleans. Hailed by XXL Magazine as “one of the fastest growing acts in hip-hop right now,” $uicideboy$ have played Lollapalooza and completed sold-out tours of the U.S., Europe and Asia.

$uicideboy$ began work on the album in early 2017, planning to write about their experiences on the road and how their lives had become slightly more extravagant. The focus shifted along the way, leading $uicideboy$ to reconsider the album’s original title, I Don’t Wanna Die in New Orleans.

They explained the change in title to fans in an Instagram post, which read in part: “After traveling the globe on two back2back sold out world tours, amassing a fortune, spending an insane amount of money on drugs, losing friends, making “enemies” and witnessing this scene that we helped create turn into what it is now, we have decided that none of this fame or money will ever make us happy. For a second there we thought it would. Therefore, we are changing the album title to…I Want To Die In New Orleans.”

For Ruby, the aesthetic aspirations, failures, and redemptions innate to I Want To Die In New Orleans are a natural evolution for artists of his generation, who grew up with Odd Future as its Nirvana, Earl Sweatshirt as their Kurt Cobain.

“After I heard Earl Sweatshirt, I took everything I’d done up to that point and threw it in the trash,” Ruby says. “What he did was immature and graphic on the surface, but so clever and thought provoking – Earl changed everything. But then Lil Ugly Mane’s mixtape Mista Thug Isolation took things to an extreme we didn’t even think was possible. Kids are looking for that kind of artist to take things to that next level of insanity, where you don’t know what’s going to happen next, and that’s what we’re trying to do with our next moves. But we do this for ourselves and don’t fucking care about anything else. The only thing that changes with our records is our lives. We’ve said, ‘Fuck money and fame’ before – we’re just not broken anymore.”

“We needed to get out of there to get here,” adds $lick. “We make music for people who don’t know who they are, and where they belong. That’s the whole philosophy behind $uicideboy$: nothing is ever permanent – especially life.”

$uicideboy$ have racked up more than one billion streams worldwide across their entire catalog and have more than 3.5 million followers across social media.

$uicideBoy$ last toured Australia for Origin NYE in 2017. They had previously toured in May 2017, selling out Manning Bar in Sydney and Max Watts in Melbourne.