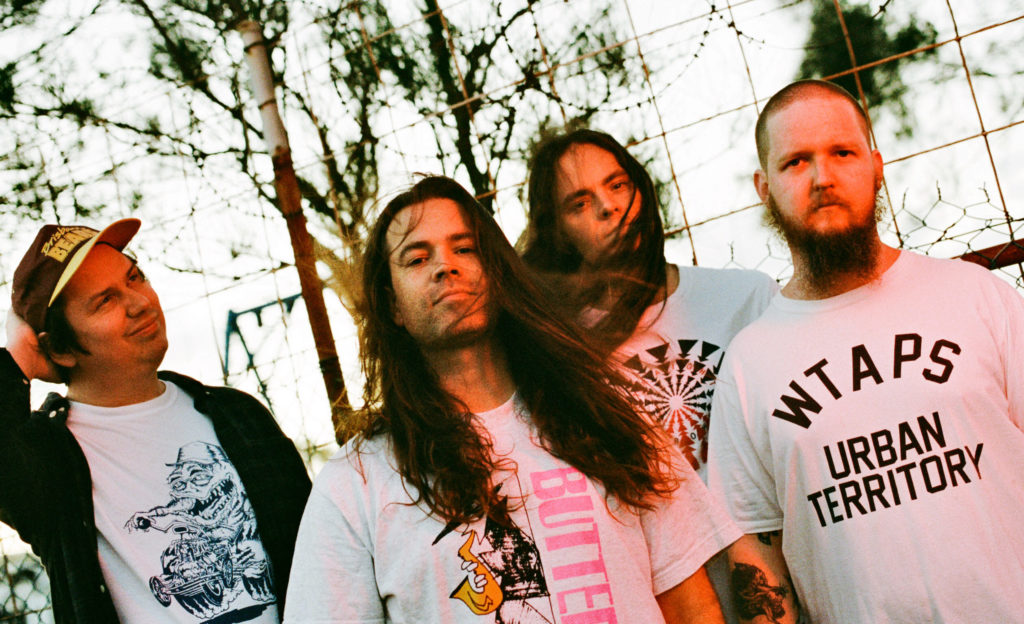 VIOLENT SOHO
ARE BACK WITH TWO NEW SONGS,
‘VACATION FOREVER’ & ‘A-OK’
Today it is with great pleasure we present you with ‘Vacation Forever’ which premiered this morning via triple j breakfast, along with ‘A-OK’ which was shared with fans last week, the first taste of new music from Violent Soho since their critically acclaimed #1 multi-ARIA winning, Gold certified, fourth studio album WACO.

Crashing back into the collective consciousness of Australia, ‘Vacation Forever’ is everything you want from Mansfield’s favourite sons. A bold, much-needed dose of every day Australian honesty with lyrics like “There’s a baby boomer across the street and it won’t stop staring at me” and “Cause they all want the good life, but I just want to breathe”.

‘Vacation Forever’ was written while lead guitarist and vocalist Luke Boerdom was at his parent’s house, after a major upheaval in his life “I guess lyrically I’m trying to describe a certain frustration. No matter what I did in life I always ended back there.” “Back there” is in reference to his childhood bedroom, where he wrote Violent Soho’s first record, and where he ended up after being dropped by their American label in 2010. “I was back here again years later – the same damn fucking room!”

The song came together quickly – the “bonus of a painful epitome” – creating a slice of classic Violent Soho. As honest as it is gritty, seeping into your veins like the dusty heat of a summer’s afternoon, the result is packed full of frustration, irony and wit.

Violent Soho have worked incredibly hard to get to where they are today. A history that includes signing to Thurston Moore’s (Sonic Youth) label and moving to the US for two years, before eventually moving back to Australia to recuperate. Then after signing with I OH YOU in 2013, Soho propelled themselves into the hearts and stereos of many around the world with the wildly well received, ARIA Gold accredited LP Hungry Ghost, featuring the now Australian festival anthems ‘Covered In Chrome’ & ‘Saramona Said’.

Following this in November 2015, Soho soaked the airwaves with ‘Like Soda’ (Gold certified & #15 in triple j Hottest 100), the first single from their fourth full length album WACO. WACO, released in March 2016, debuted at #1 on the ARIA chart, achieved Gold certification and saw the group win 2 ARIA Awards for ‘Best Rock’ album + ‘Best Group’, as well as take out the AIR Award for ‘Best Hard Rock, Metal or Punk’ album and cement themselves as one of Australia’s most loved bands.